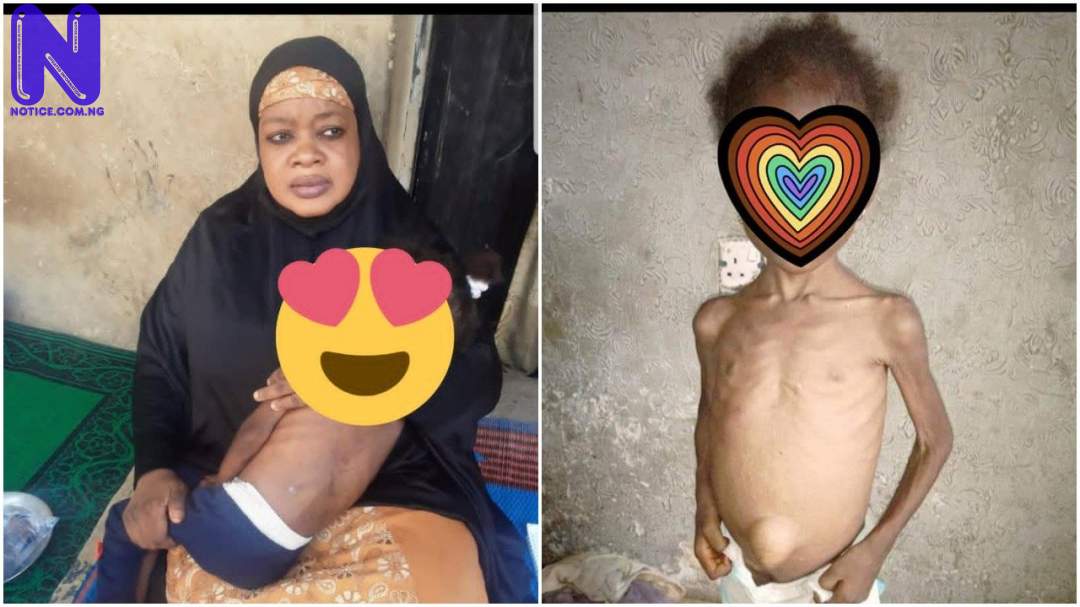 The police in Bauchi State have arrested a housewife with her 18-year-old daughter as well as husband, for maltreating her step children, including a three-year-old, subjecting them to severe beatings and starvation.

The trio were arrested by police operatives from the Township Police Station in Bauchi where a case of maltreatment was reported against them by a non-governmental organisation, Syndicate In Supporting Women And Children Initiative (SISWACHI).

Explaining what led to the arrest of the three persons, a rights activist and Executive Director, SISWACHI, Hajiya Binta Adamu Ibrahim, told journalists in Bauchi on Wednesday evening that following a viral video of the malnourished children on the social media, she was directed by the organisation's headquarters in Abuja to intervene in the matter in order to ensure justice is done for the victims.

According to Hajiya Ibrahim, SISWACHI had been dealing with sexual and gender-based violence cases, lamenting, in spite of that, that the case of torturing of the minors, a five-year-old and a three-year-old respectively, was an odd case.

She informed that following the directive from its headquarters, the NGO reported the police at the Township Police Station, adding that the police promptly effected the three persons.

She added that considering the severity of the torture on the children, SISWACHI took the children, who she said were a living skeletons as of the time of her organisation's intervention, to Tashan Babiye Hospital in the Bauchi State capital for them to be given proper medical treatment.

Narrating her children's ordeals in the hands of their step mother and sister, their mother, Habiba Sani Khalid, lamented that they were subjected to starvation and torture.

Khalid, who had been divorced from the father of the children, told journalists at Tashan Babiye Hospital where she was staying with the children, that her youngest child, Sumaiya Yakubu, a three-year-old, almost died of torture by her stepmother.

She alleged that her children were not only starved but also beaten unnecessarily by their stepmother, alleging further that her daughter was tortured with fire by her 18-year-old elder half sister in the presence of her mother.

According to Khalid, "The elder half sister used to lit fire wood and put it on the girl's back when she was asked to clean herself after defecation.

"She did that in the presence of her mother and father. That has continued until the matter was later exposed," she alleged.

She added that the stepmother often beat both Sumaiya and her five-year-old elder brother, Abubakar Yakubu, indiscriminately even as she denied them food as and when due.

The traumatised mother informed that her Ex-husband later called her to come and take the children away and eventually sent the three-year-old daughter to her when she refused to go and take them from their father's house.

"Their father later called me on phone and asked me to come and pick my children. He said if I didn't carry them, he wouldn't bother about their plights because he has other children he cares for.

"I declined to go and pick the children, so he eventually sent the girl to me. I realized that she was staggering. She asked me for food. I also saw wounds of beatings and burns on her body. She was asked what happened to her and she narrated her ordeals," Khalid said.

She informed that it was one of her relatives who also saw the girl's condition that recorded and posted her pictures on social media, adding that, "it went viral and attracted the attention of human rights organizations who came to Bauchi to bring us succour."

The doctor treating the children at the hospital, Dr Mark A. Garba, disclosed that as of the time they were brought to the hospital, they were malnourished and highly dehydrated.

He, in spite of that, said the children's that conditions had highly improved now.

He added that the culprits have been charged to court.