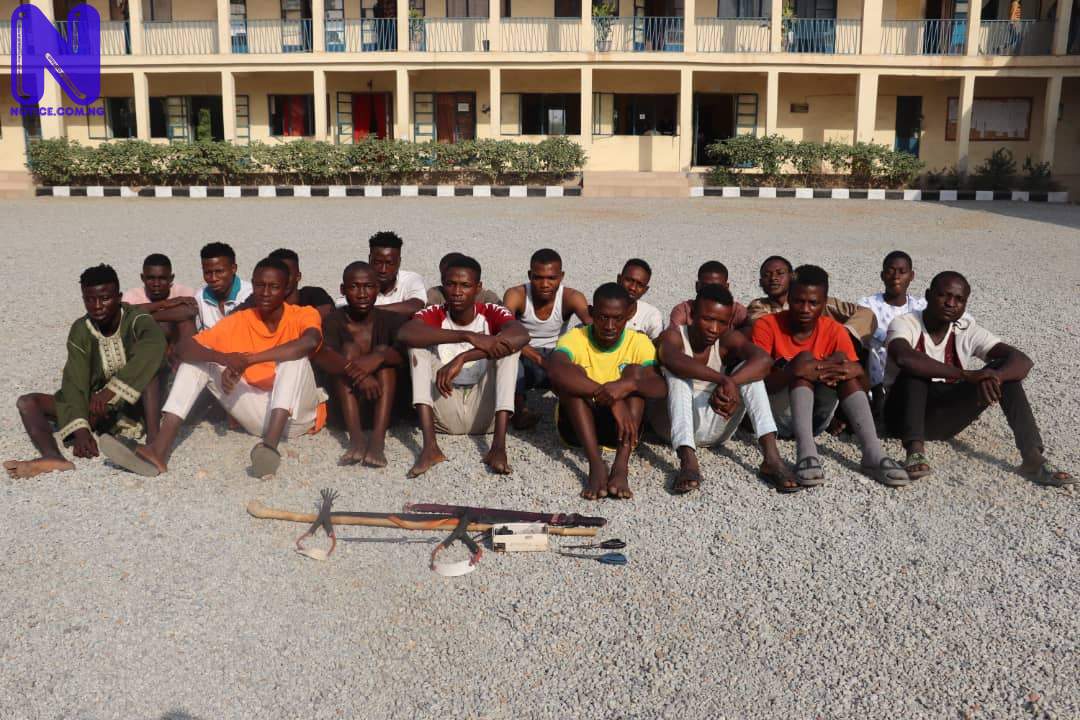 The Niger State Police Command has nabbed and paraded 32 suspects in connection with youth restiveness that led to the death of two persons, including a policeman and businessman.

The state Commissioner of Police, CP Monday Kuryas, made this known in a press statement signed by the Police Public Relations Officer, DSP Wasiu Abiodun, and made available to journalists in Minna, the state capital.

He explained that when the unrest started, the police deployed its patrol teams to forestall break down of law and order, adding that the thugs were dispersed but a shop owner at Ogbomosho road had been killed.

The CP said 14 suspects were at the scene of the incident on Friday, while 18 more were picked on Saturday during a follow up raid by the command.

According to him, “On Friday at about 9am, information was received that thugs popularly known as "Yan Sara Suka" (Touts) of Ogbomosho and Limawa area of Minna were engaged in a fight at Lagos Street and Unguwar-Daji areas using machetes, sticks, stones and other dangerous weapons.

It would be recalled that 39-year-old Ifeanyi Patrick was stabbed to death as a result of the thuggery while a police officer also got killed in the process.

Kuryas stated that some of the exhibits recovered from the suspects include two saw blades, two cutlasses, two scissors, one knife, two catapults, 12 mobile phones, two sticks, and a cash sum of N77,560.

The CP further added that all suspects are under investiation in SCID, Minna, and will be arraigned in court as soon as investigation is concluded.