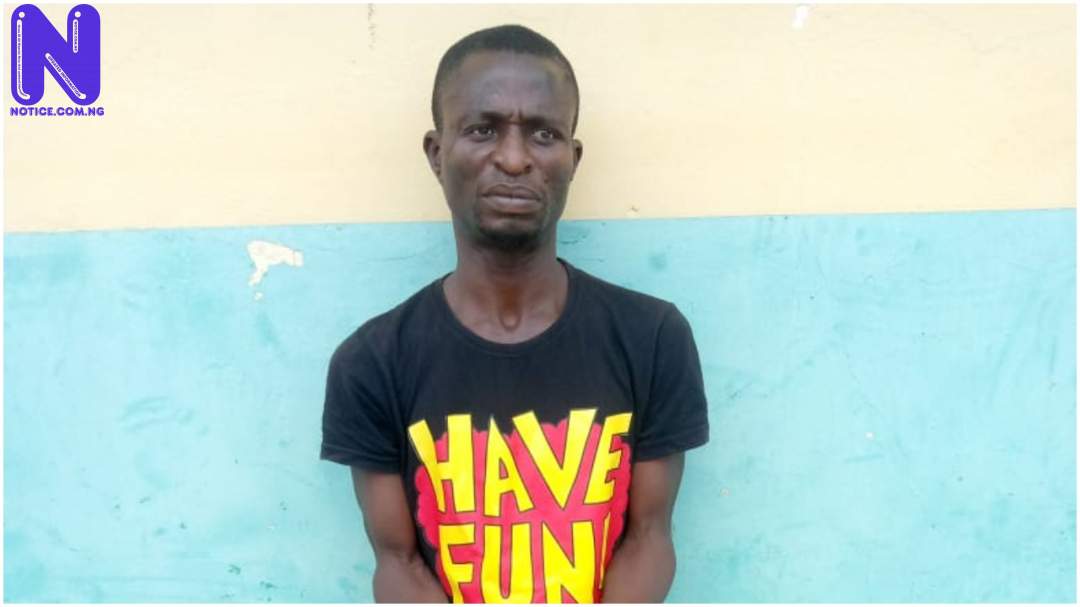 A Police patrol team from Otu-Jeremi Division in Ughelli South Local Government Area of Delta State has arrested a twenty-six-year-old suspect, Paul Ogilo in connection with the alleged killing of one Twere Shipiode ‘m' aged 29yrs.

The suspect was arrested with a kitchen knife suspected to have been used in killing the deceased, Press can report.

The arrest of the suspect was based on a distress call to the Divisional Police Officer, DPO, reporting that a man had been stabbed to death at Otu-jeremi community.

The DPO reportedly mobilized and led Police patrol teams to the scene where the lifeless body of the man was found in the pool of his blood and the house deserted.

The Police image maker said, “Investigations revealed that there was an altercation between the deceased named Twere Shipiode ‘m' aged 29yrs and one Paul Ogilo ‘m' age 26years.”

“He further stated that a fight ensued between him and the deceased after the deceased found him in his house and that the deceased accused him of attempting to defile his daughter.

“He stated that during the fight, he used the kitchen knife to stab the deceased in the neck. The suspect is in custody and investigation is ongoing.”