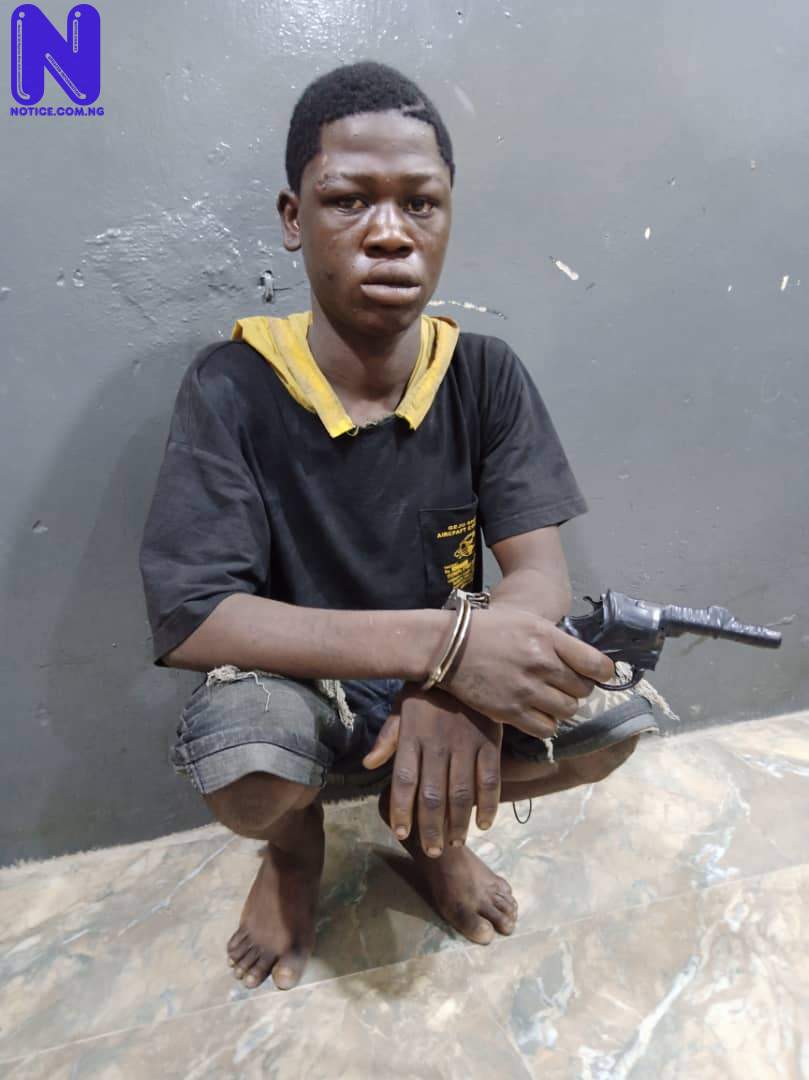 The Lagos State Police Command, Wednesday, arrested a suspected 19-year-old, armed robber, Ajayi Lateef.
The suspect teenager was apprehended with a dummy gun, after his gang had allegedly robbed a tricycle at Victoria Island around 1am.
This was confirmed in a statement signed by the Police Public Relations Officer of the state, SP Olumuyiwa Adejobi.
The Commissioner of Police, Lagos State, Hakeem Odumosu, ordered that the suspect be taken to the State CID, Panti, for further investigation.
He assured that the command will not allow some unscrupulous individuals to promote crime and criminality in the state.
Odumosu, then, charged other Divisional Police Officers to go after traffic robbers and other hoodlums who foment troubles in their areas.
The police boss, in spite of that, urged the general public to rise up and support the police and other security agencies in providing adequate security at our various communities across the state.

DO YOU KNOW >>> One killed as fuel tanker explodes in Anambra