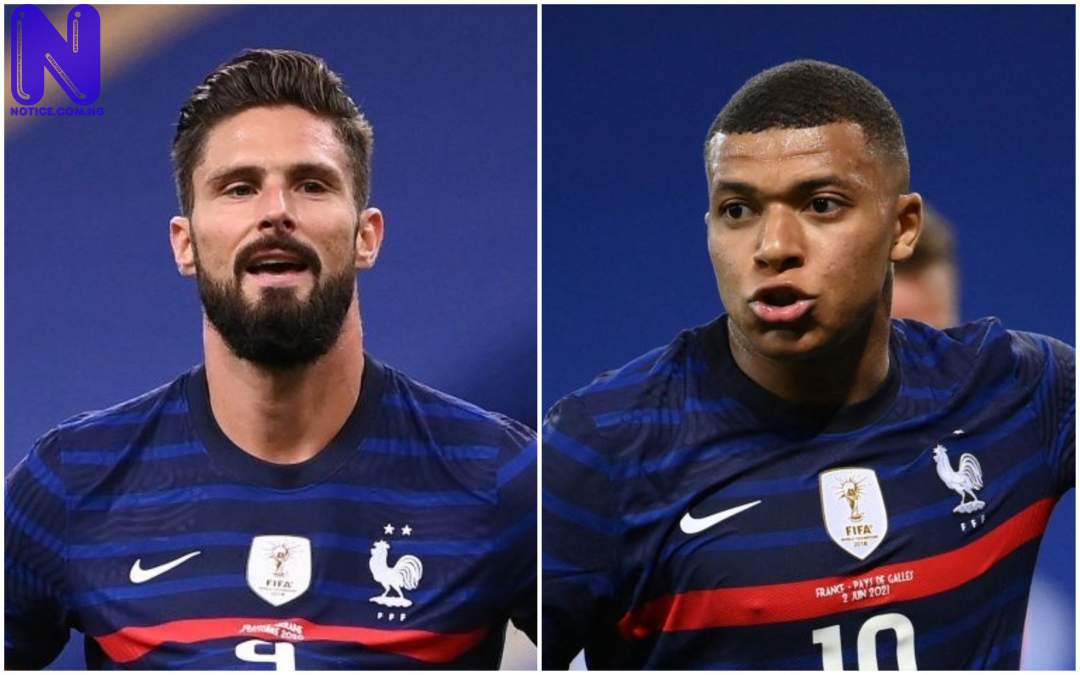 France midfielder, Paul Pogba, has cleared the air on a ‘rift’ between teammates, Kylian Mbappe and Olivier Giroud.

Recall that Mbappe felt ‘attacked’ and ‘angry’ following Giroud’s comments that he was unhappy with France’s lack of cohesion in attack after Didier Deschamps’s side defeated Bulgaria 3-0 in their final Euro 2020 warm-up game on Tuesday evening.

Reacting to the development, Pogba insisted that there is a ‘great atmosphere’ in the French camp ahead of their Euro 2020 campaign.

Asked whether there has been any tension or rift between Giroud and Mbappe, Pogba told a pre-match press conference ahead of the Euro 2020 campaign: “No, the only tension is on the back and legs!

“There is always a great atmosphere with everyone. Between Olivier and Kylian, there is nothing. Or at least there has been nothing in front of me.

“Maybe what was said was conveyed incorrectly,” he added.

France kicks off their Euro 2020 campaign against Germany next Tuesday.

The World Cup champions will also face Portugal and Hungary in Group F. Transfer: Giroud welcome to join me at AC Milan - Ibrahimovic