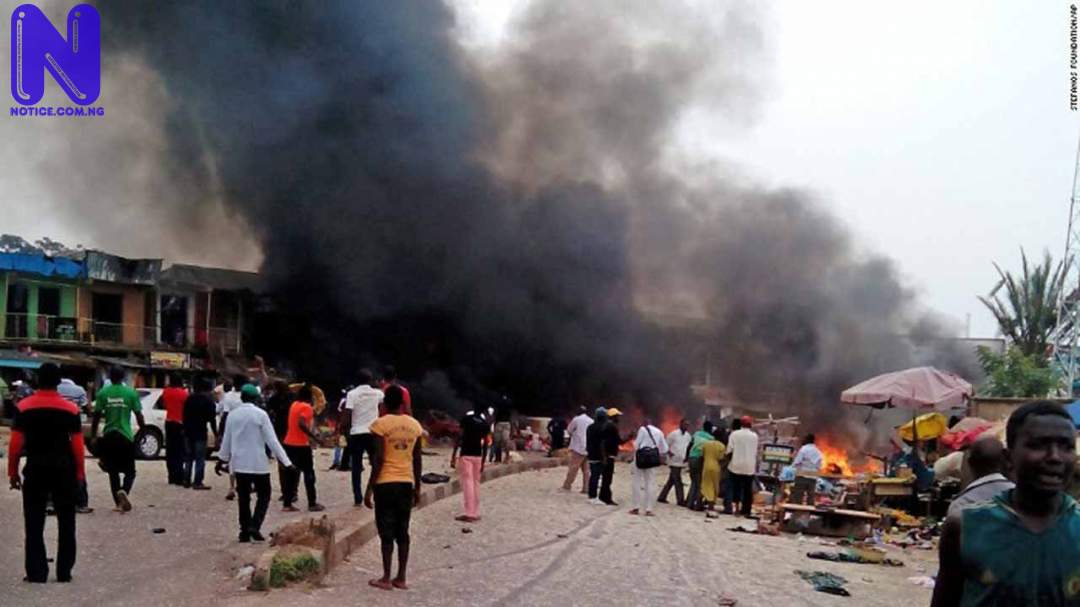 In times of crises, citizens look up to their leader for protection, respite and direction.

A leader takes charge from the front, securing the values, identity and posterity of his/her people.

And the people trust and support him with the assurance that he would neither lead them astray nor abandon or betray them. From antiquity to the present day, these are some of the most fundamental grounds on which the legitimacy of leaders and their relationship with their followers are founded.

While the people continually resist the shackles of the northern oligarchy, Governor Lalong appears to be desperately aligning himself with their diabolical agenda.

An agenda built on ethnic and religious supremacy and dominance. An agenda that has now become a death sentence on the indigenous citizens of the state whom the governor swore to protect at all times and under all circumstances.

As we have pointed out elsewhere in the past, it is from these broad perspectives that we must understand both past and the unfolding bloody onslaughts on innocent Plateau citizens by Fulani herdsmen and sundry Islamist militia who Buhari and Governor Lalong have deceptively continued to label as ‘unknown gunmen', ‘miscreants' and ‘criminals'. They do so in order to conceal the true identities of the perpetrators and their sinister and long-standing plans to make us forever subservient to their narrow, primordial whims.

That is why, once again, Plateau people are in deep mourning and agony. They are painfully suffering from the wounds of a brutal attack launched by a well-known enemy that has become a thorn in the flesh of almost all Nigerian People – Fulani herdsmen.

At around 10.00 pm local time on Tuesday, August 25, 2021, they launched a well co-ordinated attack on the quiet, mainly Christian community of Yelwan Zangam, in the suburbs of Jos, the Plateau State capital. Not less than 36 innocent people were massacred – some of them slaughtered, others set on fire and burnt beyond recognition. Reports say that children and women were among the victims.

The following day, journalists reported witnessing policemen openly weeping on the streets of Jos upon sighting the corpses that hundreds of aggrieved youth loaded in trucks in procession to Government House, Rayfield, Jos. concerning chaotic scenes, the equally grieving police officers allowed the youth proceed to the seat of power where they dumped the human remains to register their frustration over the governor's consistent inability to stand with the people in the face of such attacks which have spiked in recent weeks.

The latest incident comes after a security alert was slammed on the entire country following the August 14 killing of 22 Fulani Muslims at Rukuba Road, Jos North LGA. They were said to have been traveling back to Ondo State from a religious festival in neighbouring Bauchi State.

Pundits argue that the Yelwan Zangam massacre has once again highlighted the strong feeling among most Plateau people that Governor Lalong may very likely be in cahoots with Buhari, working in the interests of the Fulani herdsmen.

They say that, for instance, immediately after the killing of the 22 Fulani men, the Presidency swiftly deployed a massive security and intelligence paraphernalia and personnel to handle the matter and issued a statement condemning the attacks.

Buhari was also said to have lost his appetite due to the trauma he suffered from the sad incident involving his 22 Fulani kinsmen. On his own part, Governor Lalong visited the Fulani survivors in hospitals.

And within a record two days, the security dragnet was able to bring in more than 22 suspects.

But as we write (August 27), the Presidency has not issued any statement about the Yelwan Zangam massacre.

And, as is usual with such heinous crimes against indigenous peoples, the question of the identity of the perpetrators is still in doubt, talk less of making any appreciable progress towards their arrest.

And in a matter of days, the gory massacre will be swept under the carpet - and become one more sad footnote in our bloody history. Until the herdsmen strike, once again.

As for Governor Lalong, even his die-hard supporters who had continued to give him the benefit of the doubt are now beginning to doubt his sincerity in handling these recurring outbreaks of violence which have placed indigenous communities at the receiving end.

They fear that if he does not change his attitude and stand with his people, the state may likely descend into anarchy as more and more communities come under the attack of the rampaging, land-grabbing Fulani herdsmen.

The overwhelming feeling among the majority of Plateau citizens is that they have become expendable pawns, sacrificed by their governor in a high stakes political chess game. His aim, they say, is to gain acceptance and legitimacy within the ranks of the oligarchy and be able to muster some political crumbs from their tables.

It is worthy of note that had Governor Lalong not prevaricated and spoken from both sides of the mouth about the crises in Plateau State, the protracted Bassa carnage, which ultimately led to the Rukuba Road incident, would have been averted.

To be sure, Fulani herdsmen are currently occupying Rafin Bauna (Detsen Kaura) in Bassa Local Government Area (LGA). This area is a stone's throw from the headquarters of the formidable 3rd Armoured Division of the Nigerian Army.

Also in Riyom LGA, the Fulani have seized large swathes of rich agricultural lands in Rankum and Fass which they have renamed Mahanga and Tafawa. These herdsmen and their well-armed militia use these indigenous areas to launch attacks on communities in Bassa and Riyom LGAs respectively. But this is just a tip of the iceberg.

It is upon these cauldrons of simmering injustice, forceful dispossession of lands, destruction of farm crops and willful massacres that the Lalong administration sits; pretending that dispensing the kind of jaundiced justice prescribed by Buhari would make Plateau's horrific nightmare disappear in one fell swoop. Courage, sacrifice and integrity are the universal hallmarks of great leadership. It is these outstanding qualities that make leaders and their people survive periods of collective adversity and come out even stronger.

Is it too late for Governor Lalong to firmly grab integrity and bravely dare his peoples' enemies in order to earn a place on the pantheon of Plateau State's great leaders?

(Chris Gyang is the Chairman of the NGO, Journalists Coalition for Citizens' Rights Initiative - JCCRI. Email: )