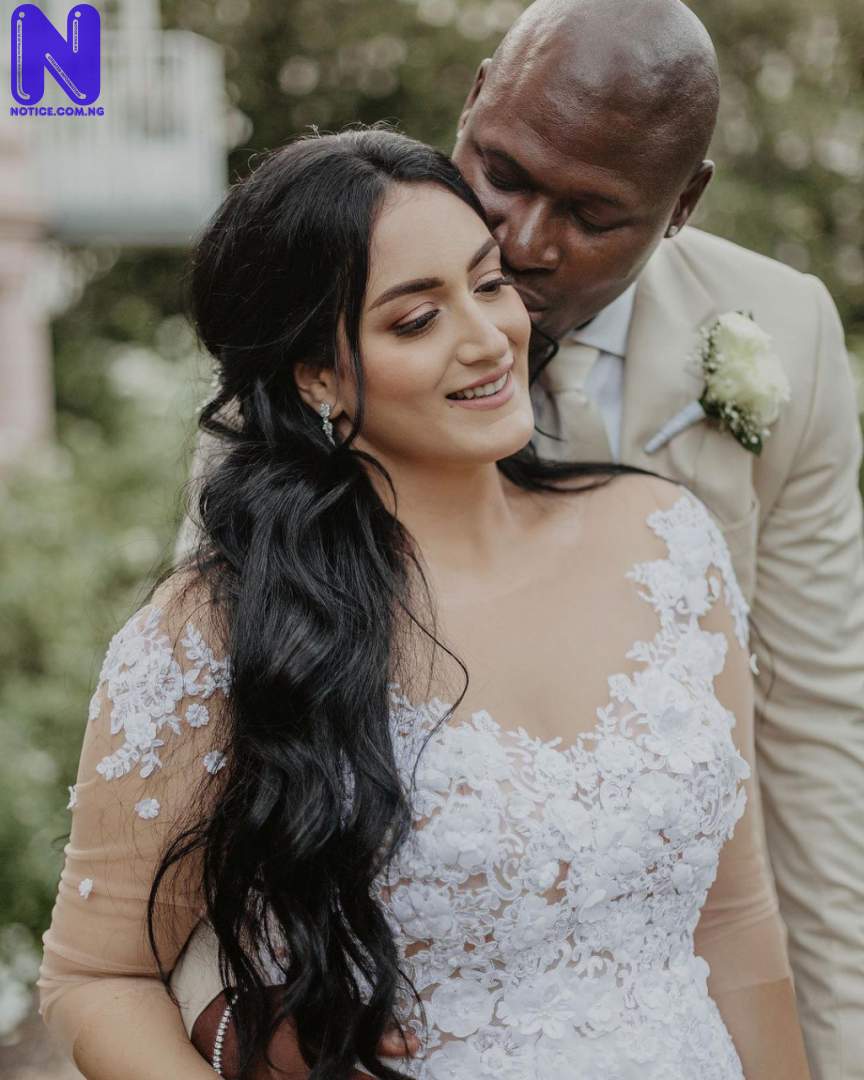 The wedding pictures of Bella, wife of Niyi, the sixth housemate in the Shine Ya Eyes house has gone viral.

Niyi was among the 10 male housemates introduced into the Big Brother Naija house yesterday by Ebuka Obi-Uchendu.

The housemate, who hails from Oyo State, is also a Ex-basketball player and businessman.

Entering the house on Saturday, he revealed he is happily married with a son, but plans to tell his fellow housemates he is single.