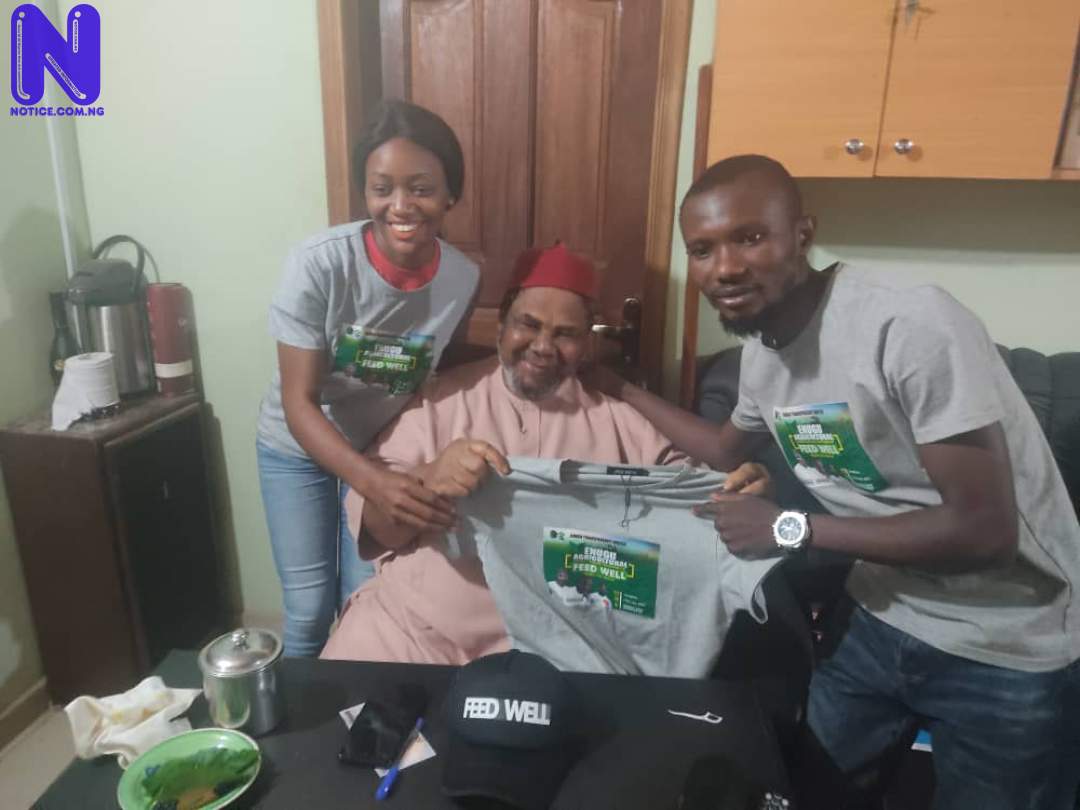 Pete Edochie, a Nollywood veteran, has applauded the agricultural revolution of the Governor Ifeanyi Ugwuanyi-led administration in Enugu State.

He noted that Ugwuanyi had, through numerous policies and programmes of his government, given the state infrastructural facelifts, making Enugu the epicentre of local and foreign investments.

This was contained in a release issued to Press on Saturday.

He explained that the Governor’s leadership has created a conducive and safe environment as the residents and other inhabitants of the state go to bed with two eyes closed.

The Anambra-born actor further described Ugwuanyi as a visionary leader who is committed and undeterred in his service to the people of the state and Nigerian as a whole.

On their part, the leaders of the team said they visited the veteran Actor to seek his support for the success of the project as part of the agenda of Governor Ifeanyi Ugwuanyi in line with the sustainable development Goal.

They emphasized that the mission and vision of the project is to empower the youths cutting across the country to be useful for themselves amidst the unemployment menace befalling Nigeria through agricultural practices.

They assured them that the Government of Enugu State is committed to creating jobs through advanced and mechanized agriculture, noting that the state is ready to feed the entire nation in the next few months to come.