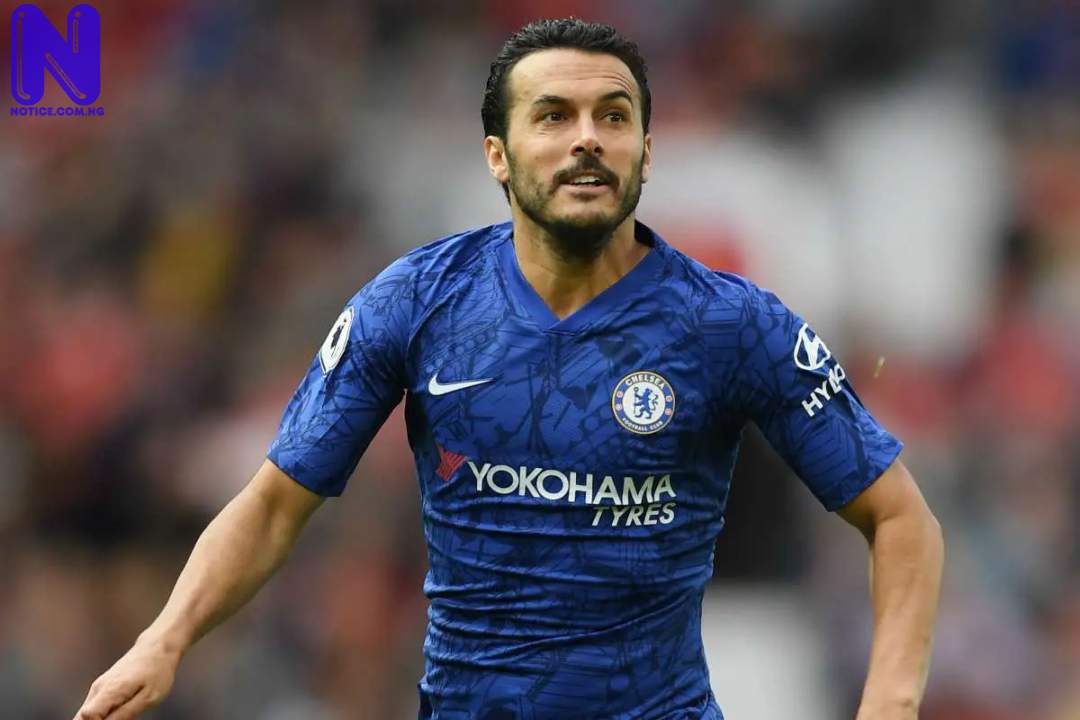 Chelsea attacker, Pedro Rodriguez has confirmed he is leaving Stamford Bridge after helping the club qualify for next season’s Champions League.
Pedro arrived at Chelsea on June 20, 2015 on a €27m deal from Barcelona.
While in London, the Spaniard has won one Premier League title, an FA Cup and a Europa League with the Blues.
The 2018/19 season ended with Pedro scoring 13 goals, eight of which came in the Premier League and the other five in the Europa League, and was key under Maurizio Sarri.
Pedro shares the record of being among a few players to have scored in both the Europa and Champions League finals alongside Steven Gerrard, Allan Simonsen, Hernan Crespo and Dmitri Alenichev.
Confirming his exit, the 32-year-old tweeted, “Last game at Stamford Bridge. Thanks to every fan for your support through these years, to the club for giving me the chance of being a Blue and to my teammates. You’ll be in my heart forever. Now let’s fight for the FA Cup trophy!!! BIG BLUE FAMILY.”
In his five seasons at Chelsea, Pedro scored a total of 44 goals in 232 matches, including 3 scored in the just concluded season.