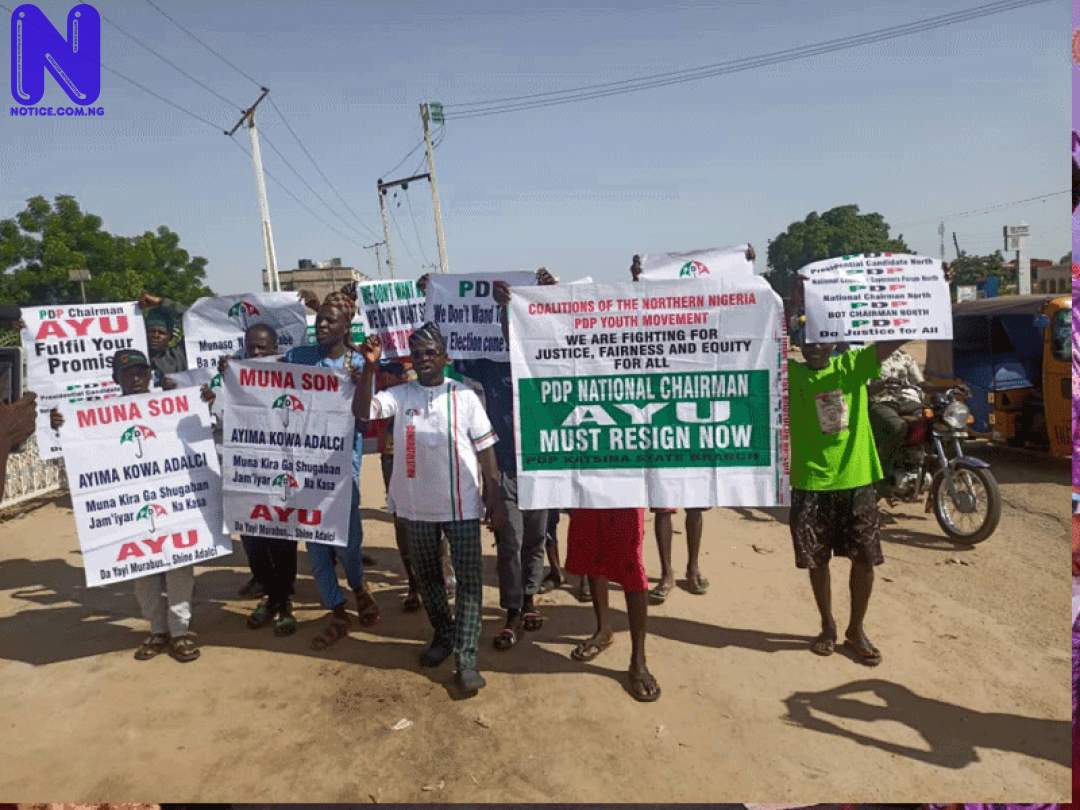 A Coalition of Northern Nigeria youths under the Peoples Democratic Party (PDP) on Sunday stormed Katsina State, demanding the immediate resignation of the National Chairman of the party, Senator Iyorchia Ayu.

The youths, who converged at the entrance of Katsina City demanding Ayu’s removal as the party chairman, were seen carrying placards with inscriptions such as ‘Ayu Must Resign,' ‘PDP is Not a Private Company,' ‘We are for jusice and fairness’, among others.

Shehu Isa Dan’Inna, who led the youths, told journalists present at the protest to toe the path of honour by fulfilling his promise to resign should a northerner emerge as the party's presidential standard-bearer.

“We are calling on Mr. Ayu, as a gentleman and responsible person, to step down and stop calling himself the PDP national chairman in line with his promise to resign immediately should the presidential flag-bearer emerge from the north. It’s almost six months now, and Ayu is yet to vacate the secretariat. That is why we are staging this protest.

Dan’Inna urged the PDP Board of Trustees and other relevant stakeholders of the party to prevail on Ayu to toe the path of honour by resigning as earlier agreed by the party to avoid jeopardizing the party’s chances in the 2023 general elections.