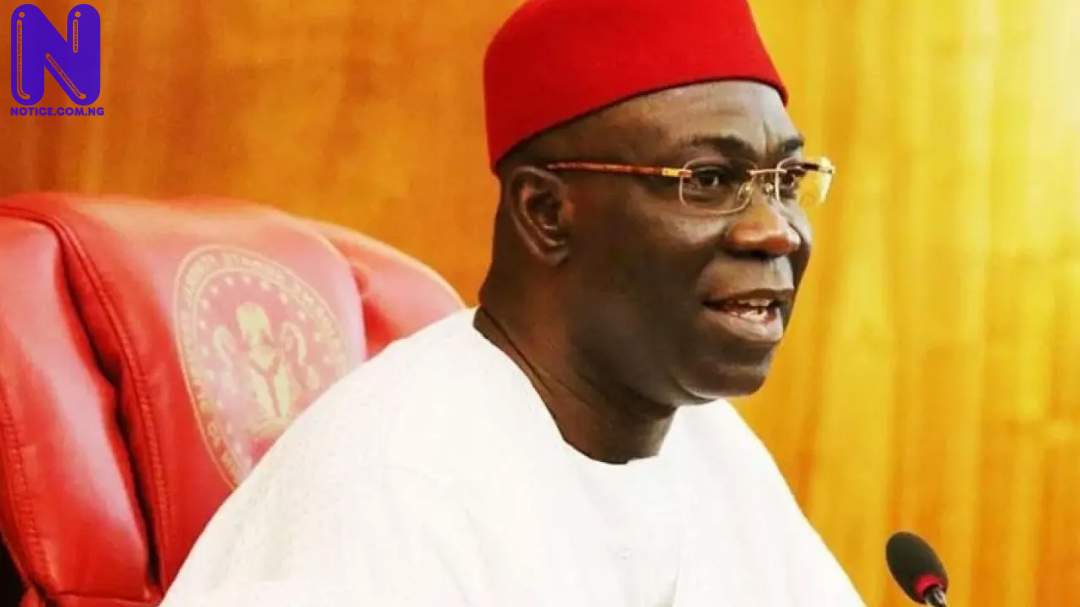 The Peoples Democratic Party (PDP), has warned against any attempt to remove Ike Ekweremadu as the Deputy Senate President.

The party was reacting to comments made by Senator Kabiru Marafa(http://Notice.Com.Ng.ng/2017/01/11/cross-party-now-apc-senators-lobby-ekweremadu/), where he called on Ekweremadu to decamp to the ruling All Progressives Congress (APC) in order to retain his seat.

In a statement on Thursday released by its National Publicity Secretary, Prince Dayo Adeyeye, PDP said any attempt to remove Ekweremadu was a call for anarchy.

The statement said: “Fortunately, there is no section or clause of the Nigerian Constitution (1999 As Amended) that provides that one must be a member of the Ruling Party before he/she can be elected into any position in the Senate or the House of Representatives.

“Equally, it is very distasteful and uncharitable for any senator to stand on the floor of the Hallowed Chamber and ask his colleague to violate the Constitution by cross-carpeting from his own party to join the ruling party. Note that it is Senate of the Federal Republic of Nigeria and not Senate of the All Progressives Congress (APC).

“It is indeed laughable for Senator Marafa to cite the internal issues in the PDP as a reason for Senator Ekweremadu to decamp. For the umpteenth time, let us reiterate that there is no faction in the PDP. A party is only factionalised when its organs are in disarray but this is different in the PDP where all the organs are intact behind the National Caretaker Committee under the chairmanship of H. E. Senator Ahmed Makarfi, CON. A mere rebellion by a small interest group within the Party cannot be referred to factionalisation of the Party.”

The PDP added: “In view of the above, any member of the PDP using the current leadership disagreement caused by the Rebellious Group led by the Ex-Borno Governor, Senator Sherrif to decamp is doing so at his or her peril. Senator Marafa or any other member of the APC has no power to make such demands on a member of the PDP.

“Let us remind Senator Marafa that Senator Ike Ekweremadu was elected as Deputy President of Senate by majority votes from both the PDP and APC senators. Any attempt to remove Senator Ekweramadu for being a member of the Opposition Party and not because of a constitutional breach or incompetence is a call for anarchy.

“For instance in the Second Republic, the Speaker of the House of Representatives, Hon. Umezeoke was from opposition NPP while the Senate President was from the Ruling Party, the NPN, and both of them worked harmoniously with the cooperation of the Executive in moving the Country forward.

“Finally, we call on our members in the National Assembly to remain strong and united behind the Deputy Senate President with the determination not to allow the APC truncate our hard earned democracy through their undemocratic tendencies.

“To the APC lawmakers in the National Assembly, do not forget that Nigeria belongs to all of us and we must work together to protect her in order to advance our democracy.”