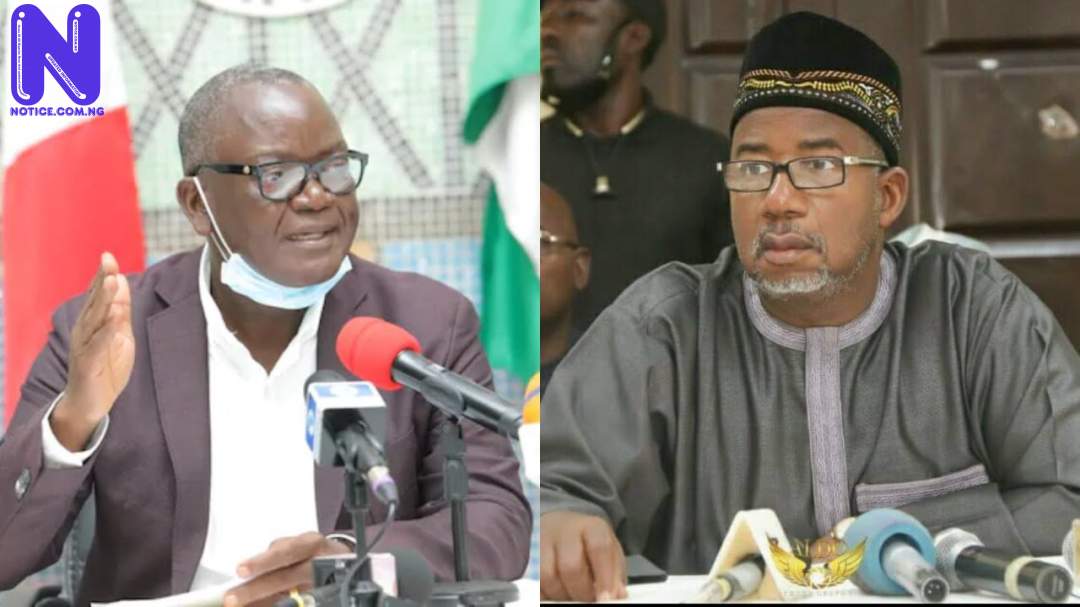 The Peoples Democratic Party, PDP, has weighed in on the rift between Governor Samuel Ortom of Benue State and his counterpart, Governor Bala Mohammed.
Press had reported that Gov Ortom had accused Mohammed of joining forces with killer herdsmen to eliminate people living in his State and some other parts of the country.
Governor Ortom, who said he was not ready to join issues with the Governor, was reacting to Mohammed’s comment defending Fulani herdsmen who use AK-47.
Mohammed had said Fulanis herdsmen carry AK-47 to defend themselves in the forests.
But reacting, Ortom urged Mohammed to revisit his oath of office because he had failed in keeping his oath of protecting the lives and properties of the people.
In a reaction, the party while calling for calm, said it had intervened and reconciliation was ongoing.
A tweet on the PDP Twitter page reads, ”PDP calls for calm as the internal reconciliation mechanism introduced by the hierarchy of the party between the two governors subsists.
”PDP urges the Federal Government to take urgent steps to address the escalated security challenges in our country.”