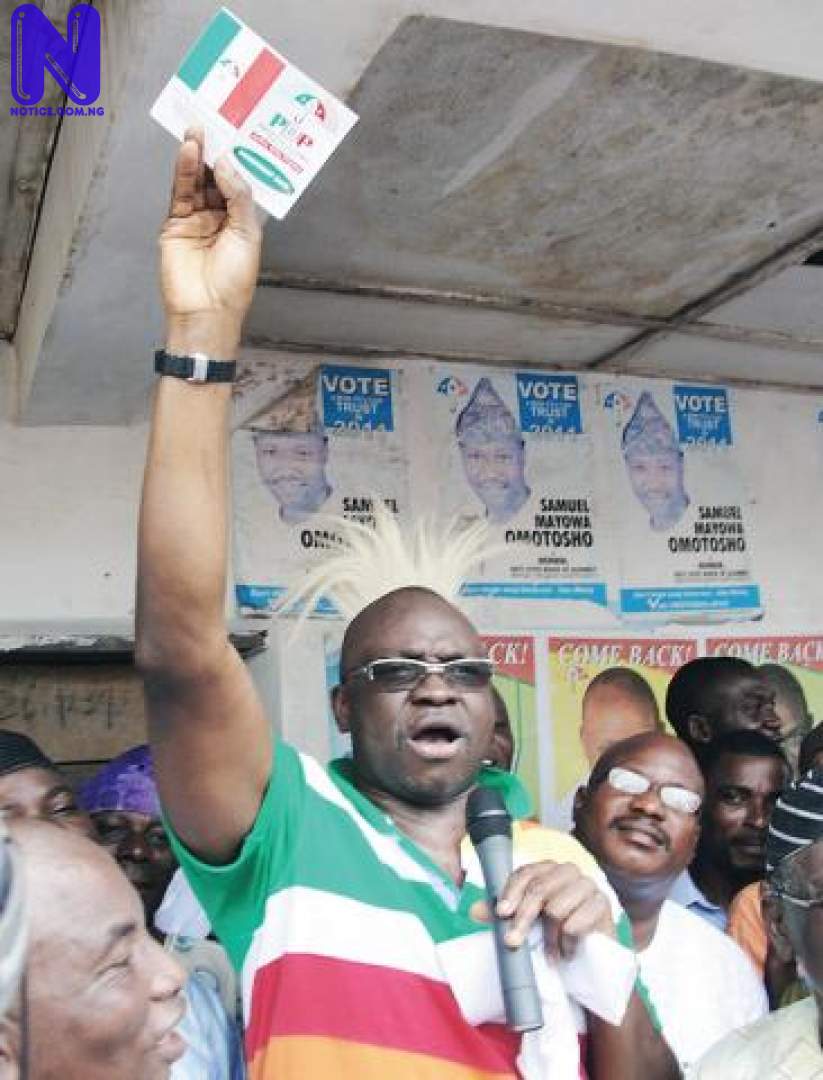 Ex-Governor, Ayodele Fayose has emerged as the Ekiti State Peoples Democratic Party (PDP) candidate for the Governorship election which comes up in June 21.
Fayose, who ruled the state between 2003 and 2006 before he was impeached scored 400 votes, defeating Ex-Minister of Police Affairs, Caleb Olubolade who got seven votes.
Recall that some of the party aspirants had pulled out from the primary which was headed by Ex-governor of Rivers State, Peter Odili, in protest of last Wednesday Ward congresses which they said was hijacked by Fayose.
Speaking with reporters shortly after the primary that held at Ado-Ekiti, the State Capital, Fayose enjoined other aspirants of the party to join hands with him in rescuing the state from the present administration.
Fayose described the process which led to his emergence as successful and peaceful.
On who rule Ekiti State again, the battle is now between three major candidates.
They are the All Progressive Congress (APC) flagbearer, kayode Fayemi, PDP candidate, Ayodele Fayose and Labour Party (LP) candidate, Opeyemi Bamidele.