PDP mocks Ex-National Chairman, Gemade, others who decamped to APC 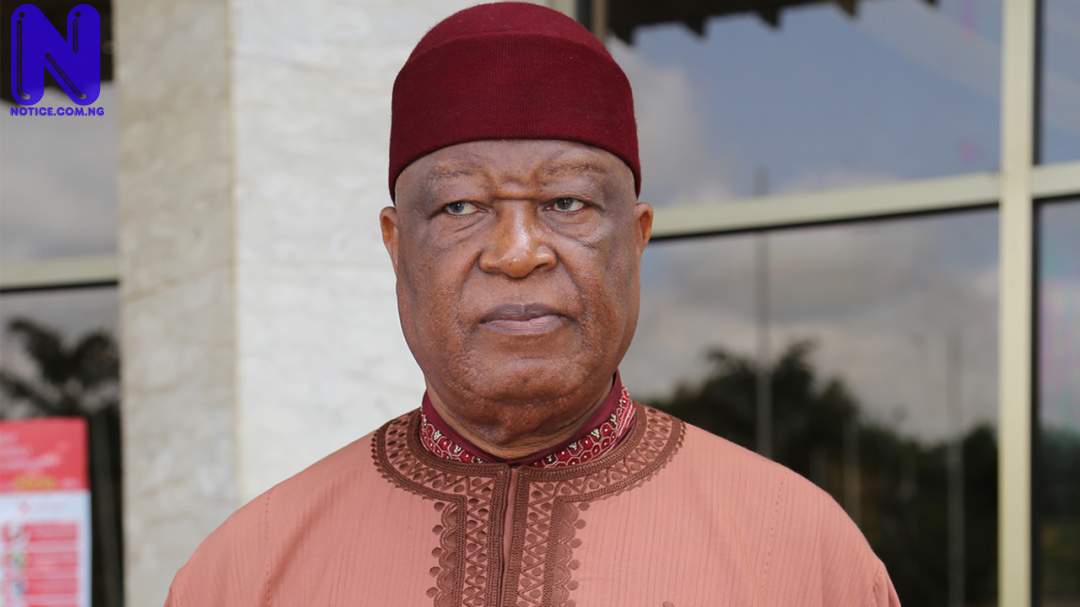 The Benue State Chapter of the Peoples Democratic Party (PDP) has reacted to the return to the All Progressives Congress (APC) of Senator Barnabas Gemade, Terngu Shawon and others.
Gemade, a Ex-National Chairman of the Peoples Democratic Party, PDP, announced his defection from the Social Democratic Party, SDP, to the APC on Saturday.
The PDP said it views the decision with amusement, describing it as irrelevant.
In a statement by Bemgba Iortyom, the state’s Publicity Secretary of PDP, the party said ordinarily it should not concern itself with an exercise which it described as a mere charade by well known perennial political nomads.
It, in spite of that, said its attention was drawn to a statement by Senator Gemade where he was quoted as saying that his move to APC has sent jitters down the spines of PDP and other political parties in the state.
Responding to the Ex-lawmaker’s comments, the PDP said “underscoring the irrelevance of this charade of a decamping is the loud question; As a Ex-National Chairman of a ruling party, Ex-Minister and Ex-Senator, why was the Benue State Leader of the APC, Senator George Akume, conspicuously absent at the decamping ceremony yesterday?
“Was Senator Gemades’s diminishing political value not highlighted by his abysmally poor performance in his Senatorial re-election bid in 2019 on the platform of the Social Democratic Party (SDP), where he lost even in his native Mbawar and placed third in the race behind a political greenhorn like Mimi Orubibi, after he had junketed from APC to PDP and then to SDP all in the space of a few months?
“Senator Gemade needs to be reminded that his party SDP has not won even a single councilorship seat in all elections since he joined the party in 2019. It lost in all the polls he actively participated in last year.
“He ought to also remember that PDP won the governorship election, 3 senatorial seats out of 3, 7 House of Representatives seats of 11 and 23 Benue State House of Assembly seats out of 30.
“The party also has 23 elected council chairmen out of 23 and 276 elected councilors.
“So why would PDP be jittery? Was Gemade a member of PDP when it emerged victorious in all of those elections?
“It is unfortunate that while politicians of Senator Gemade’s generation, like Senator David Mark, are retiring and leaving room on the leadership stage for their proteges, the septuagenarian is still embarking on political quests suitable for his children’s generation.
“Moreover, by his known antecedent, the erstwhile Benue North-East Senator’s insatiable appetite for political power makes him more of a disruptive influence wherever he goes.
“His current voyage into the APC is most likely ill-fated, as feelers indicate his motive is to wrestle the leadership of the party in Benue from Senator Akume whom he believes lost relevance following the party’s defeat to PDP in 2019.
“Terngu Shawon’s case is even worse, as the man, in his capacity as Director-General of the gubernatorial campaign organisation of the sitting governor, failed to deliver a single polling unit in his council ward, even ran away and could not vote at his polling unit in the 2019 election. Such a man need not be taken seriously by anyone.
“PDP, as a solidly grounded political party, will not be distracted by this mere gallivanting of nomadic politicians whose antics are well known to the electorate and won’t be taken seriously, as the party focuses on guiding and supporting the Ortom administration towards delivering on its mandate to the people of Benue State.”