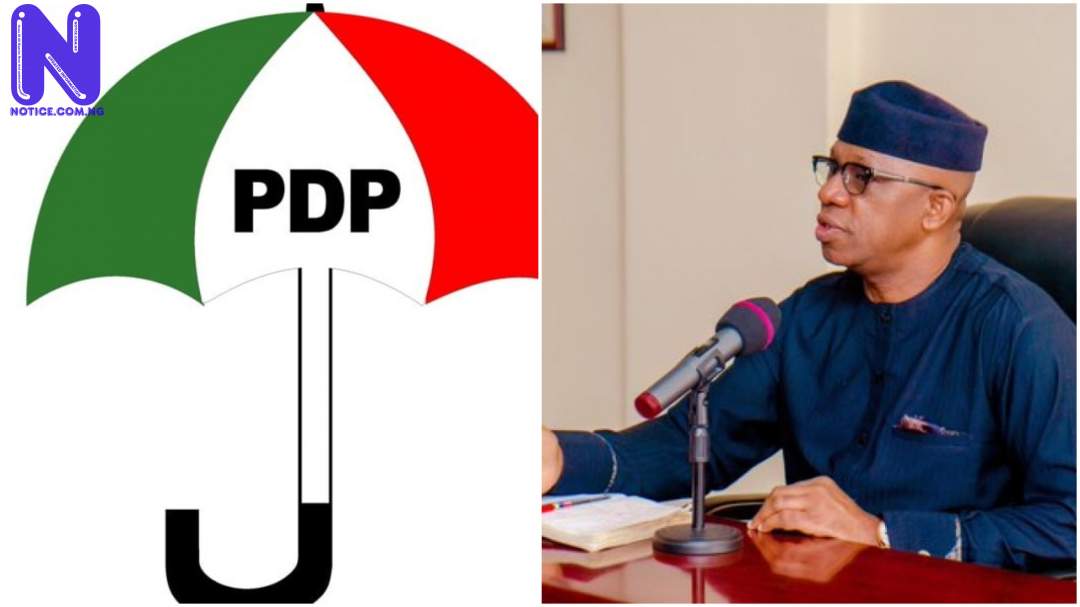 The Ogun State chapter of the Peoples Democratic Party (PDP) has engaged the State Governor, Dapo Abiodun in exchange of words, accusing him of inciting political violence across the State with his comments at the campaign rallies of the All Progressives Congress (APC).

In a press statement made available to Press on Monday, the party's Publicity Secretary, Akinloye Bankole, claimed that the "Governor's words of deliberate incitement has enabled destruction of banners, posters and several other campaign materials of the PDP candidates in the areas visited by the governor since the inception of the local government election campaign.”

But, the governor, in a swift response, insisted that he had not seen PDP posters anywhere in the state, wondering how his followers could have destroyed non-existing campaign materials.

The PDP, in its statement said: "We have noted with great worry that the public conduct of the State Governor, Prince Dapo Abiodun in recent times, is such that has emboldened a reign of calculated terror and public chaos. This is evident during the ongoing campaign tours of Mr Governor to LG areas for the upcoming LG election where members of the APC go about in public glare to destroy PDP’s campaign materials on sight.

"We wish to make it abundantly clear to the public that it is the unguarded vituperation of Mr Governor, a supposedly democratically elected governor, that there is no other political party available anywhere in Ogun State that provided the needed tonic for these senseless attacks on our party.

"As a politically responsive political party, that enjoys unending tradition of topnotch decent political conducts, we hold that Mr Governor’s words of deliberate incitement has enabled destruction of our party properties, campaign banners, campaign posters and several other campaign materials of our candidates, not only in Isara or Sagamu but everywhere the governor has visited so far.

"While our party condemns, in strong terms, the spirit of Intolerance as being exhibited by Mr Governor, we ought to remind him and members of his sinking ship that they do not own monopoly of violence but, unlike them, PDP is properly guarded by every dictate of peace, civility and tranquility. These are the hallmarks of a truly people’s political organisation".

In the same vein, Akinloye advised the Governor and the ruling party to rather accept defeat in good faith than muscling opposition political parties in the state.

Reacting through the Ogun State Commissioner for Information, Waheed Odusile, Abiodun refuted the claims by the PDP, saying anyone insinuating such is an "attention seeker".

"Whoever is saying the Governor is inciting violence is being economical with the truth. Everybody knows our Governor as a peace-loving Governor, he has been saying it everywhere he goes that our peace in the state is not negotiable.

"For the PDP, we have visited 17 local governments since Monday and there has been nothing like attacks on opposition posters or anything of such. Our Governor does not like such behaviour.

"But the truth be told, where are PDP posters or banners in Ogun? There is none now. They are just making false claims. In fact, I was asking if there are no other political parties in Ogun State? So, if anyone is saying posters were destroyed and all that, such a person just wanted to be reported," Odusile submitted.