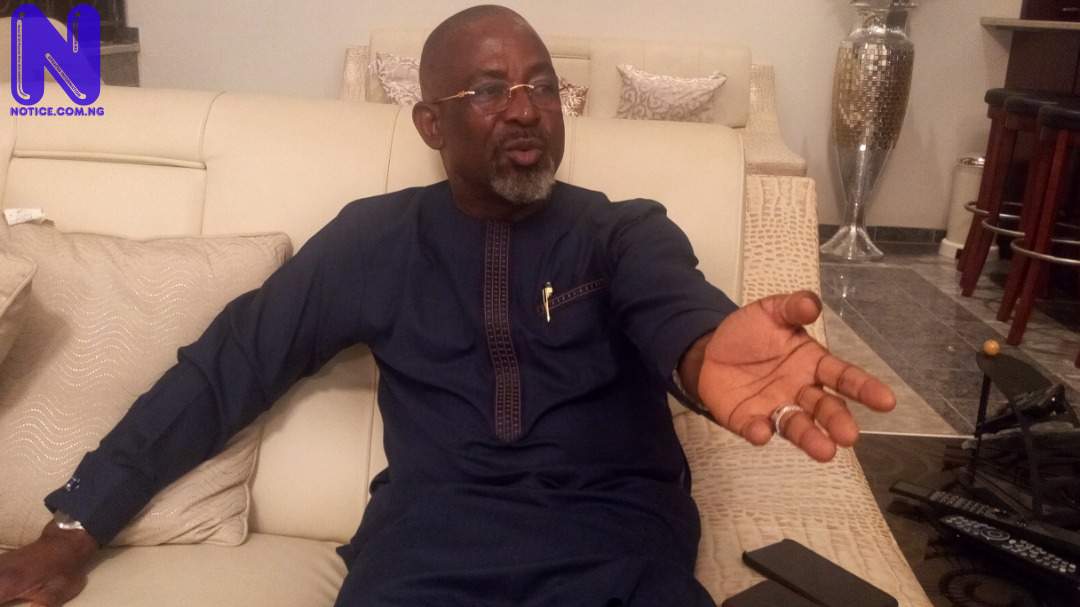 The National Legal Adviser of the Peoples Democratic Party, Emmanuel Enoidem has described the party’s loss to the All Progressive Congress Party in 2015 as a blessing in disguise.

He added that the loss of the party afforded Nigerian People the opportunity to compare and contrast between the PDP and APC to know which of the two parties really mean well for the country.

Enoidem stated this on Sunday while fielding questions from newsmen on the crisis rocking the party in the country.

He said, “What has happened in Nigeria today has really brought to the fore the fact that PDP meant well for Nigerian People; PDP is the better alternative for Nigeria, I am happy that we lost the election through a fraudulent means in 2015 so that Nigerian People can really have opportunity to compare two extremes. We now have an opportunity to compare APC to the PDP.

“So, for me, the loss of the election in 2015 has become a blessing in disguise for PDP. That is what it is! Because if you take all indices of developments anywhere in Nigeria, you will discover that all of them that were pointing to 2015 downward.

“Inflation, unemployment has hit high heaven, foreign exchange value has hit the heavens. There is nothing in the country that is working. For the cost of living, Nigeria has become the world headquarters of poverty — it has overtaken India and China in the process.

“So, you can see that PDP managed Nigeria economy well, managed Nigeria differentials including ethnic and religious differentials very well. Managed Nigeria Nationality and Constitutionalism very well. These are all clear indications that we did well as a political party. I believe that come 2023, Nigerian People if they want the country to remain if they want this country to reconnect itself in the comity of states, they should definitely bring PDP back to come to government”

He called on Nigerian People to continue to have faith in the party adding that what is happening within the party is a normal process that has always been with the party since its creation.

“If you have followed the history of PDP, I keep telling people that PDP is an Organic party. Organic in the sense that it belongs to the people. It doesn’t belong to one man. It is a party that belongs to the entirety of Nigerian People. No ward, no local government and no state in Nigeria that doesn’t have sufficient and sizeable members of PDP. So, to that extent, the stakeholders who are Nigerian people would not want the party to crumble; would not want anything to happen to the party. Whatever you see as rumblings within the party is normal as far as I am concerned; those rumblings are normal.

“We believe that the party leaders will continue to brainstorm to reach an understanding, everything will settle. So, it is a normal political Intrigues . we are used to it. I want to let Nigerian People understand that we will not betray their hope. We are not going to disappoint their trust in the party” Enoidem said