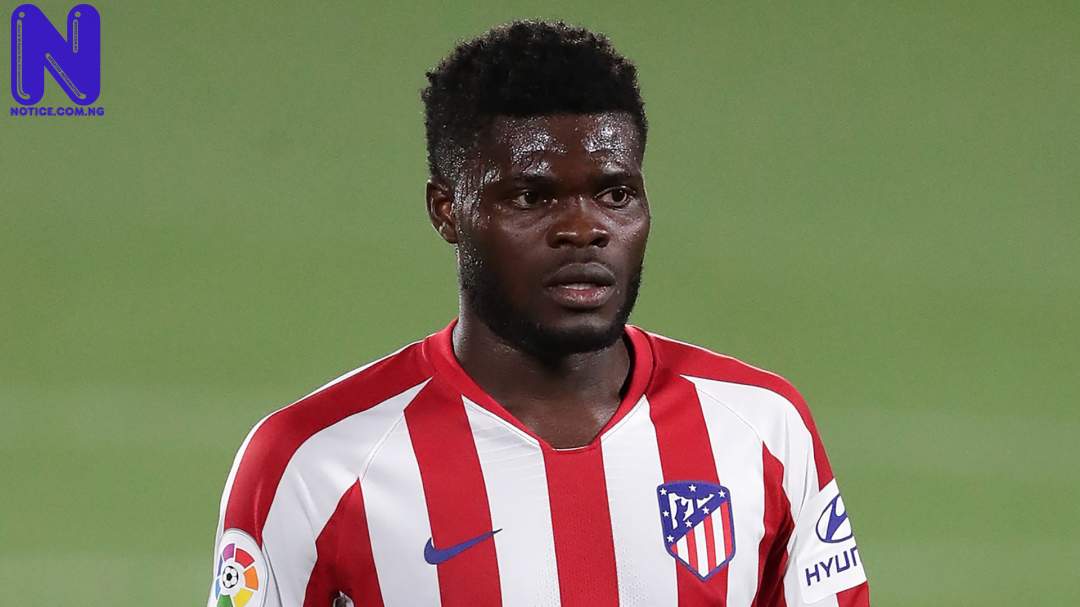 New Arsenal player, Thomas Partey, has identified his father, Jacob, as one of the people that convinced him to join the Gunners.
Partey explained that Jacob’s advice helped him get to the top of his career.
The Ghanaian midfielder stated this on Friday ahead of Arsenal’s Premier League clash with Manchester City on Saturday evening at Etihad.
Recall that Partey joined Arsenal on transfer deadline day earlier this month from Atletico Madrid.
The 27-year-old star signed a long term contract with Mikel Arteta’s side.
“My dad [Mr. Jacob] gave me so much advice because he used to play and he knew what I needed to be a professional,” Partey told Arsenal’s official website.
“He talked to me a lot, how to be disciplined, how to respect my coaches and everyone around me.
“Then he told me to always be training and not going out all the time, that I have to rest a lot. It’s simple advice that will get you to the top.”