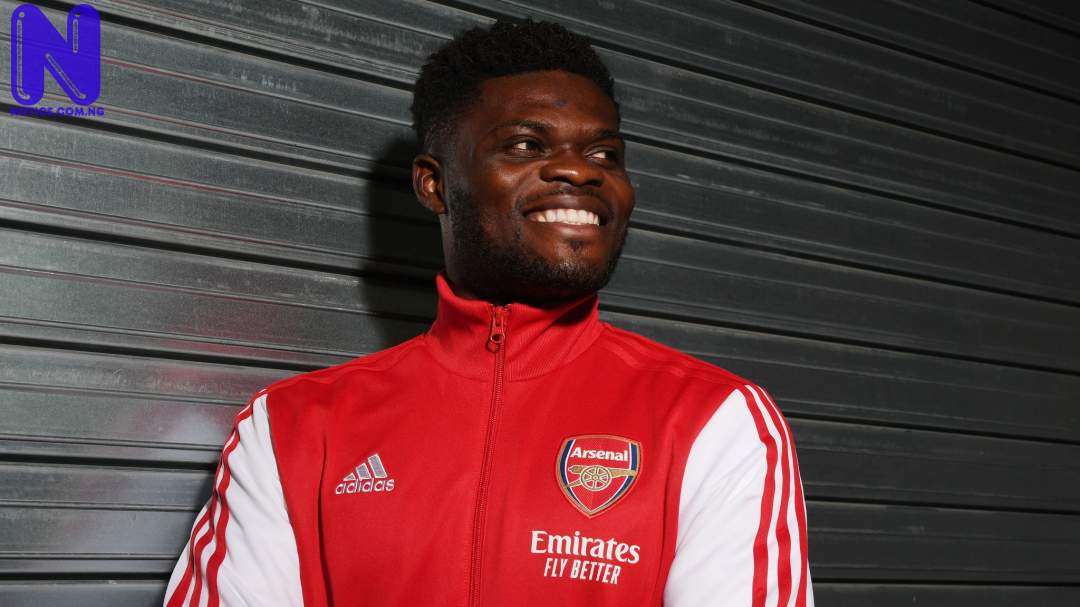 Arsenal midfielder, Thomas Partey, is in line to make his Premier League debut this Saturday, after he travelled with the rest of the squad to Manchester on Friday night.
The UK Metro reports that Partey was spotted with his new team-mates getting off a train.
The 27-year-old completed a stunning £45 million switch from Atletico Madrid on transfer deadline day.
However, he spent the subsequent 10 days on international duty and played twice for Ghana.
Partey only took part in his first full training session on Friday.
Mikel Arteta is confident the versatile midfielder can open up a number of exciting new tactical options for his team.
Speaking at his pre-match press conference on Friday, Arteta said: “Thomas is going to give us more versatility in our way of playing.
“He can play in two or three different positions when we are able to change formations or game plans against opponents. He will give us something that at the moment we don’t have in the team.”