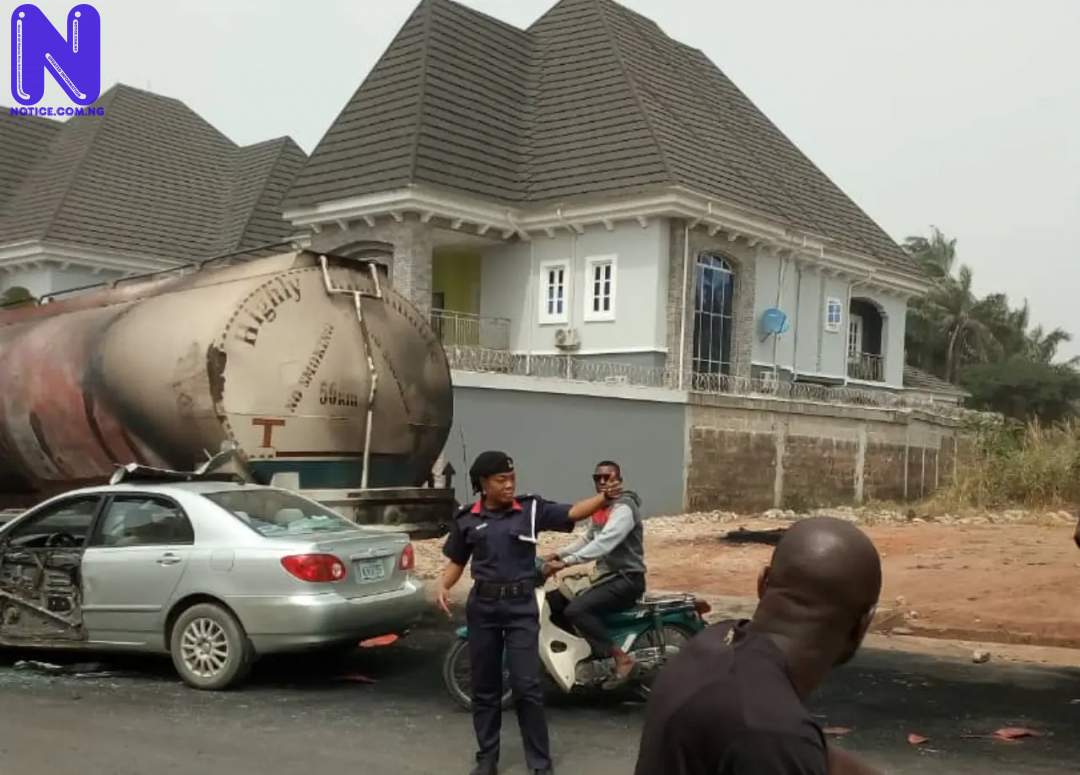 An unmarked petrol tanker on Thursday went up in flames, causing pandemonium among residents of Ozubulu community in Anambra State.

An eyewitness told Press that the tanker suddenly caught fire, shortly after discharging petroleum products suspected to be fuel in a petrol station, Sonwa Global Ventures.

The incident, which happened close to the filling station, caused a huge stir, as residents of the area fled for their lives, while fire fighters battled to put out the raging inferno to avoid gutting the petrol station.

The spokesperson of the Nigeria Security and Civil Defence Corps, Mr Edwin Okadigbo, confirmed the incident, saying that no life was lost.

He said, “The incident happened at about 06:30am of today 13/2/2020, opposite Decency Hotel, Ozubulu, while also causing multiple accident along Nnewi- Ozubulu road.

“NSCDC Divisional Officer, Deborah Anigbogu contacted the fire service department and they responded swiftly. The area was cordoned off by men of NSCDC who were mobilized to the scene to assist the victims control traffic to allow free flow of vehicles.”

He said the cause of the fire was an electrical fault from the tanker that had just discharged PMS at the station.

“There was no loss of life except for the driver of the tanker who sustained a first degree burn and was rushed to Nnamdi Azikiwe University Teaching Hospital, Nnewi for treatment.”

About four other vehicles were also said to be involved in a multiple accident that was caused by the incident.