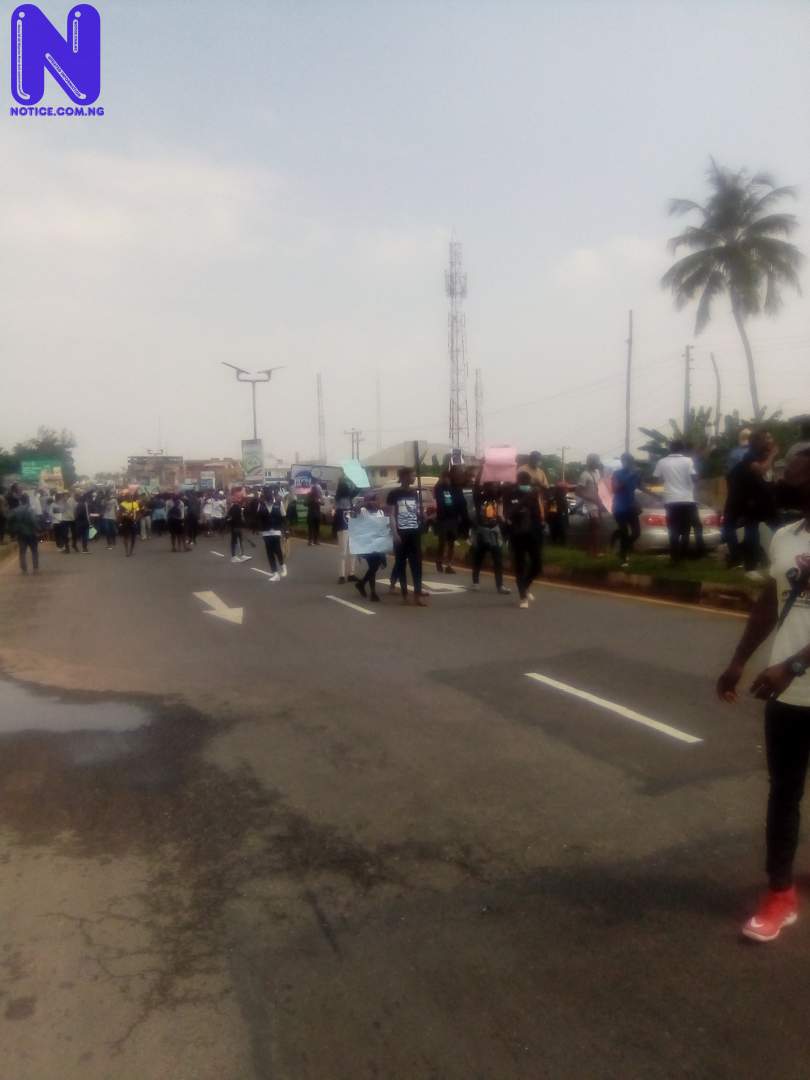 Oyo State government Secretariat, Agodi Ibadan has been shut down.
Press reports that the closure of the Secretariat is coming after protesters demanding the total ban of Special Anti-Robbery Squad (SARS) stormed major roads in Ibadan, the state capital on Tuesday.
The security at the gates of the Secretariat immediately shut the Secretariat when they sighted some of the protesters.
Youth protesters divided themselves into two, clamouring for a total ban of the Special Anti-Robbery Squad (SARS) rather than reformation.
While a group kicked off their protest at the Iwo-road interchange and moved towards Agodi gate to the state secretariat, the other group converged in front of the University of Ibadan and walked through Bodija international market to the Secretariat.
As at the time of filing this report, the state secretariat is currently under lock and key.
Some of the protesters are at the front of the main entrance of the governor’s office, Agodi, demanding for the presence of the governor, Engineer Seyi Makinde.