Osun Amotekun apprehends hoodlums, hands them over to security agencies 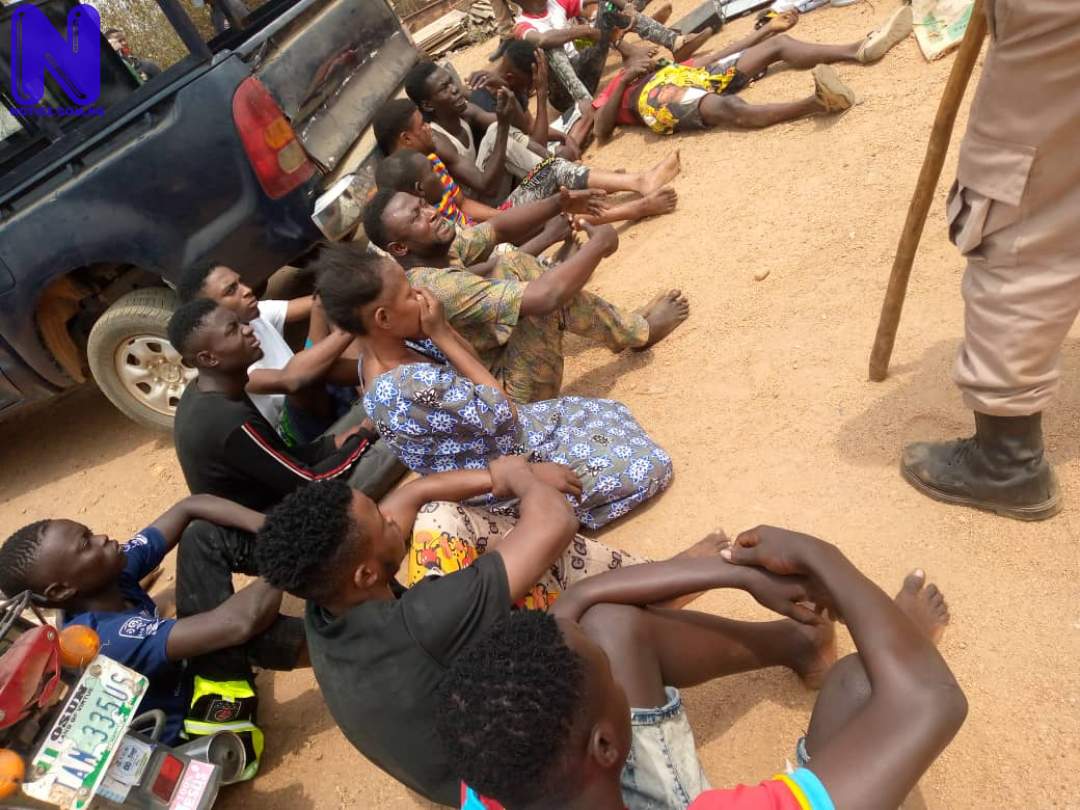 The Osun State arm of the South-West Security Network, Amotekun Corps on Wednesday, announced the arrest of suspected hoodlums responsible for the recent unrest in Osogbo.
The hoodlums who were arrested at different locations in Osogbo by the network’s patrol team had in their possessions dangerous weapons.
The Osun Field Commander of Amotekun Corps, Comrade Amitolu Shittu, who disclosed this while addressing newsmen in Osogbo said the hoodlums were arrested at different locations in the town.
He said they have been handed over to the appropriate security agencies for comprehensive investigation and prosecution.
Amitolu explained that the corps started a 24 hours patrol when there was an upsurge in criminal activities within the state capital.
He said the operation which led to the arrest of the suspects happened on Monday when a crisis erupted in the state capital leading to the arrest of the hoodlums.
The areas affected by the unrest in Osogbo include Idi-Omo, Oke-bBaale, Isale-Osun, Oja-Oba.