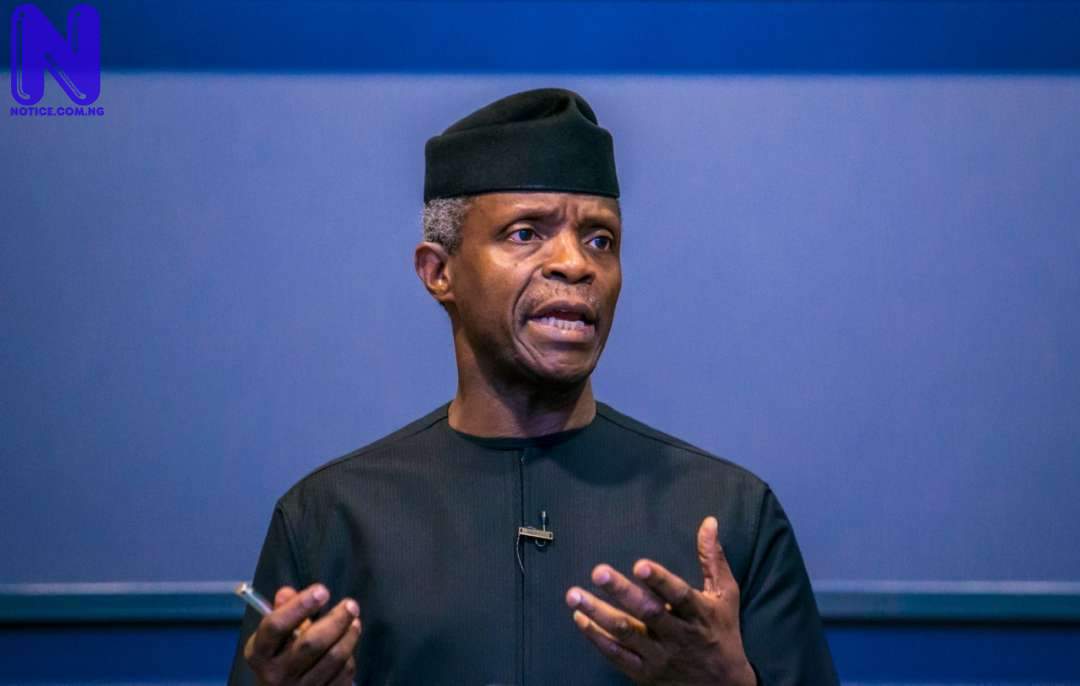 Vice President, Yemi Osinbajo has disclosed that the Federal Government will continue to implement game-changing infrastructure projects around the country to connect the nation’s economic zones and drive economic development.

The Vice President also said most of the signature projects of the administration, including the Lagos-Kano Rail, Mambilla Hydro Plant, Second Niger Bridge, amongst others, would be completed during the second term of the Buhari administration.

Osinbajo in a statement made available to Press by his Spokesman, Laolu Akande, stated this in Kano State on Monday during a one-day working visit to the State to commission some notable infrastructural projects by the Governor Abdullahi Ganduje administration.

Speaking at an interactive session with leaders and stakeholders at the State Government House, the Vice President noted that one of the administrations signature project, Lagos-Kano rail, has gone now as far as Abeokuta.

He said there is hope that the Lagos-Kano rail will be completed in the shortest possible time.

“We expect that the infrastructure projects of the Federal Government, including the Mambilla Hydropower plant, the Second Niger Bridge and several others will be completed in our second term. We hope we are able to complete as many as possible before the end of our term.”

Speaking further on the position of the Federal Government in providing the necessary infrastructure to drive economic development, Professor Osinbajo said infrastructure was central to the agenda of the Buhari administration in all sectors.

“In a few years, as a matter of fact, in two budget circles, we invested about N2.7 trillion on capital alone, which is the highest in the history of the country despite the fact that we are earning almost 60% less than previous governments.”

Professor Osinbajo also said addressing poverty problems in the country remains one of the major issues adding that the Federal Government under Buhari is focused and committed to reversing the situation significantly.

Referring to Governor Ganduje who had spoken earlier on the same subject, the VP observed that “poverty, as the governor pointed out, remains one of the major issues that confront Nigerian People. And the President again on June 12, made a declaration that it is the intention of government to take 10 million people out of poverty every year till the next decade, that is taking 100 million people in ten years, out of poverty.

This explains why we launched the Social Investment Programmes.

“Any country of our size that does not have a social investment programme or establish a social safety net for its people will be acting irresponsibly. That is the reason why we launched the programme.”