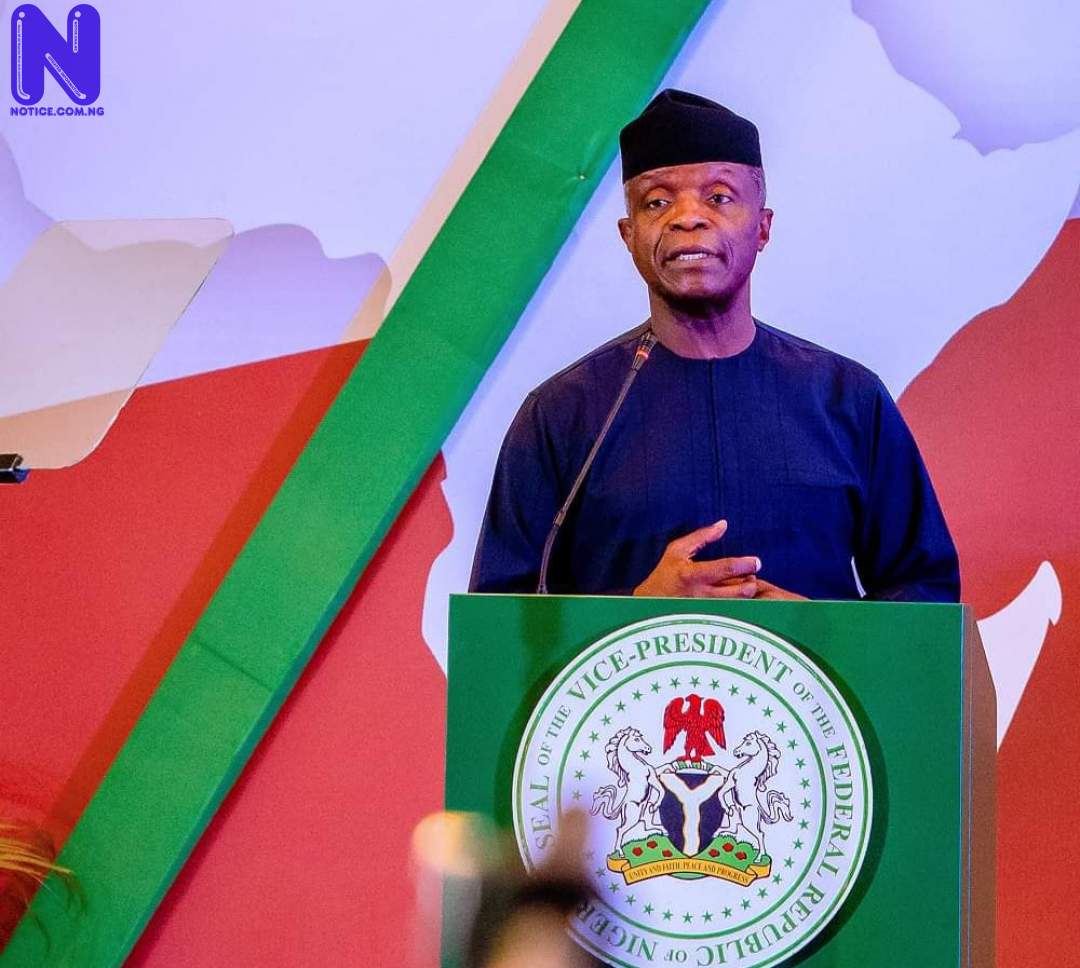 The Vice President, Professor Yemi Osinbajo, on Tuesday in Abuja sought for creation of a benchmark in the salaries of judicial officers and legislators in order to put a permanent rest to the perennial disputes between the two arms of government.

Osinbajo remarked that the earnings of the judicial officers in Nigeria should be enhanced so that they can retire to "decent homes of their own" after service.

He spoke at the 2022 Justice Sector Summit tagged: Devising Practical Solutions Towards Improved Performance, Enhanced Accountability and Independence in the Justice Sector, organized by the Nigerian Bar Association (NBA) and some stakeholders.

The Vice President said that the system in the welfare conditions of the judicial officers must be strengthened to make them live above board and to also attract the best brains onto the bench.

He challenged the bar to use the summit to address the issue of long delay in the disposal of cases in the nation's court adding that that would go a long way in determining how other nations see Nigerian and to invest in the country.

The Vice President faulted the way and manner appointees were scrutinized, adding that the take-a-bow policy be discarded as appointment issues should no longer be treated with kids' gloves.

According to him, the screening should be robust and thorough for the best to emerge.

Meanwhile, responding to questions at the opening plenary, Attorney General of the Federation (AGF) and Minister of Justice, Mr. Abubakar Malami, SAN, called for more transparency and openness in the administration of the budgets of both the judiciary and legislative arms of government.

Malami said that the judiciary has consistently lamented poor funding and yet no one can tell how the money allocated to them has been expended.

He therefore submitted that for the issue of inadequate funding to be addressed in the judiciary, there must be a system in place that will allow the financial books to be opened.

"The starting point is transparency and accountability … let the financial books of the judiciary be opened like that of the executive arm", he said.

According to the AGF, even though the budgetary allocation of the judiciary is higher than that of the National Assembly, the lawmakers seem to be better off than the judiciary, so there is the need to know how much is provided and how it is applied.

"The same way that the executive opens its financial books for public scrutiny, the same way the legislators and the judiciary should open theirs", he stated.

On the issue of appointment of judges, Malami advocated the need for a legislation that will remove all bottlenecks that take away merit in the process of selecting and appointing judicial officers.

He maintained that the current guidelines used in selecting and appointing judges promote incompetence, adding that the consideration of federal character principle further robs the bench of merit when appointments are been made.

Speaking on the financial autonomy for the judiciary, Malami recalled several efforts by the Buhari administration to ensure that the judiciary is truly independent citing Executive Order 10 among others, which he regretted has been challenged in court.

He however called for consensus building among the three arms of government to realize the independence of the judiciary.

In a welcome address, President of the Nigeria Bar Association (NBA), Mr. Olumide Akpata, noted that the declining state of the nation's justice sector was the major reason for the convocation of the summit.

"Today, I believe that our call to action must begin from our admission of the state of affairs of our administration of justice that we are thoroughly dissatisfied with. There is a convergence of opinion of both the Bar and the Bench that the Nigerian justice delivery system is not operating at its optimal best", he said.

Among the issues the NBA President said would be looked into at the summit, is the process of appointment into the bench of various courts in the country which "must be manned by not just the best hands we can find but also by incorruptible minds".

He urged stakeholders to commit to statutory and constitutional reforms, institutional and funding reforms, and manpower reforms for the desired change to take place.

"The lip service that we have paid to these reforms over the years must stop from today", he said, while appealing to both the bar and bench to uproot every divisive tendency that is hampering the effectiveness of the justice sector in Nigeria.