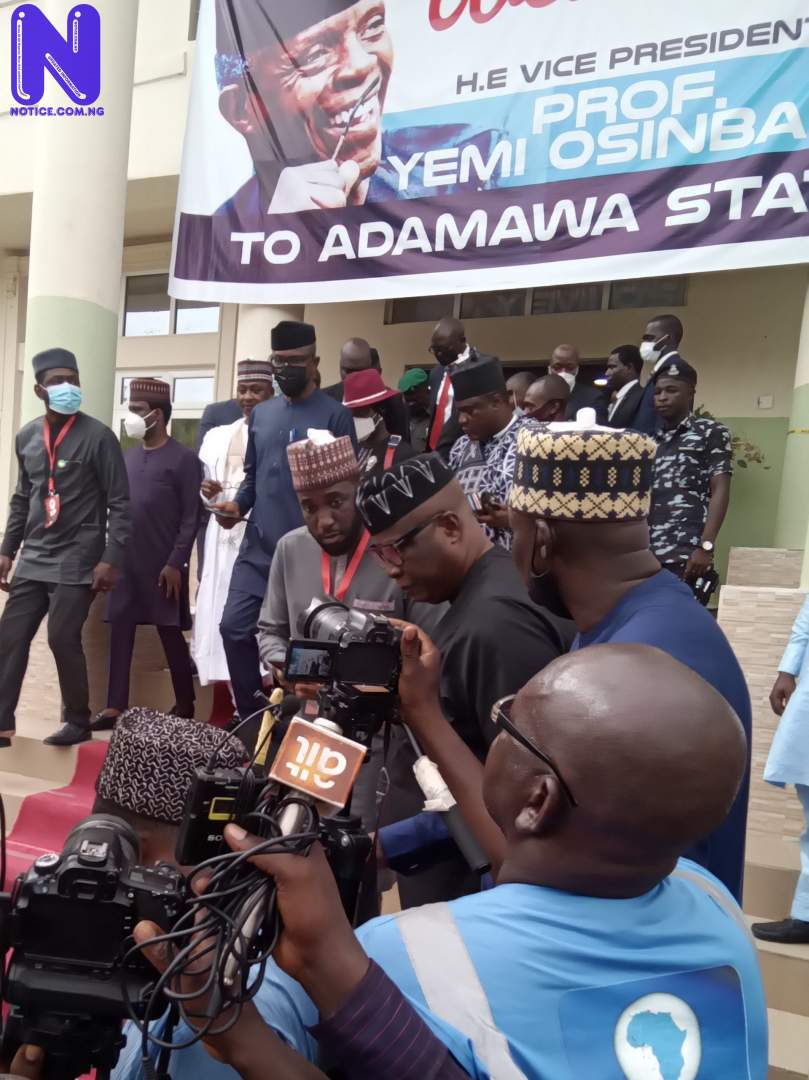 Vice President Yemi Osinbanjo has said efforts were being made daily to improve things and Nigeria’s future is bright.

Osinbajo stated this in Adamawa State on Wednesday when he met with delegates of the All Progressives Congress (APC).

Journalists were barred when Osinbajo met with the APC delegates in the multi-purpose Hall of the Muna Hotel in Yola towards Wednesday evening, and he granted a press interview of less than 40 seconds

In answer to the one question allowed from the journalists, Osinbajo said he had fruitful discussion with the delegates that boosted his hope for Nigeria.

He told the newsmen, “I came here to have a discussion with our delegates. We have very useful and robust discussions.

“All of it was directed at various ways by which we can do great things for our country and how we can make progress. A lot was said and done here today and I can say that the future is very bright.”

Osinbajo was received when he landed in Yola earlier in the day by host Governor Ahmadu Fintiri.

Osinbajo later drove in Fintiri’s car but without the Peoples Democratic Party's governor, for a meeting with the APC delegates in Jimeta, Yola North LGA.