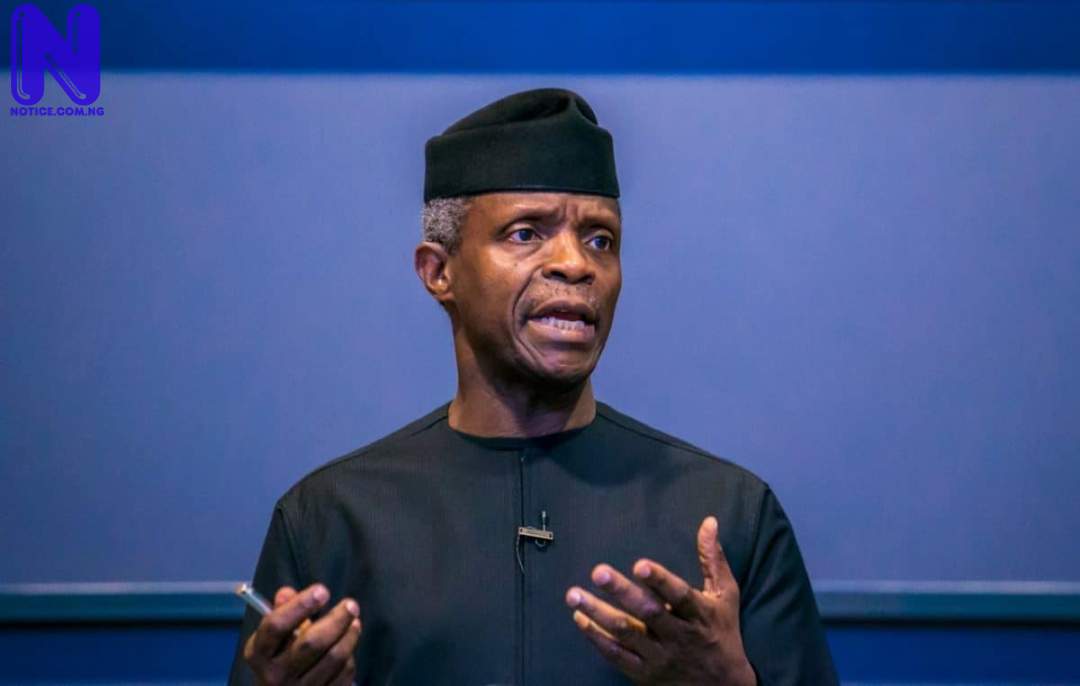 Vice President Yemi Osinbajo has denied calling for the devaluation of the naira due to the artificial low exchange rate.

Osinbajo explained that he only called for measures that would increase the supply of foreign exchange in the market rather than simply managing demand, which opens up irresistible opportunities for arbitrage and corruption.

He pointed out that the current Naira exchange rate benefits only those who are able to obtain the dollar at N410.

In a statement by his spokesman, Laolu Akande, the Vice President said those who buy the dollar at N410 turns around at sell at N570.

He stressed that his argument was aimed at setting up measures to stop the huge arbitrage of over N160 per dollar.

The Vice President also disclosed how to improve the value of naira against the dollar.

The statement reads: “Our attention has been drawn to statements and reports in the media mis-characterising as a call for devaluation, the view of Vice President Yemi Osinbajo, SAN that the Naira exchange rate was being kept artificially low.

“For context, the Vice President's point was that currently the Naira exchange rate benefits only those who are able to obtain the dollar at N410, some of who simply turn round and sell to the parallel market at N570. It is stopping this huge arbitrage of over N160 per dollar that the Vice President was talking about. Such a massive difference discourages doing proper business, when selling the dollar can bring in 40% profit!

“This was why the Vice President called for measures that would increase the supply of foreign exchange in the market rather than simply managing demand, which opens up irresistible opportunities for arbitrage and corruption.

“It is a well known fact that foreign investors and exporters have been complaining that they could not bring foreign exchange in at N410 and then have to purchase foreign exchange in the parallel market at N570 to meet their various needs on account of unavailability of foreign exchange. Only a more market reflective exchange rate would ameliorate this. With an increase in the supply of dollars the rates will drop and the value of the Naira will improve.”

He noted how to improve supply of foreign exchange is the major challenge facing the country’s economy.

Osinbajo explained that allowing the window of import and export would help improve the value of naira.

“The real issue confronting the economy on this matter is how to improve the supply of foreign exchange, but this will not happen if we do not allow mechanisms like the Importers and Exporters window to work. If we allow this market mechanism to work as intended, we will find that the Naira will appreciate against the dollar as we restore confidence in the system,” he added.