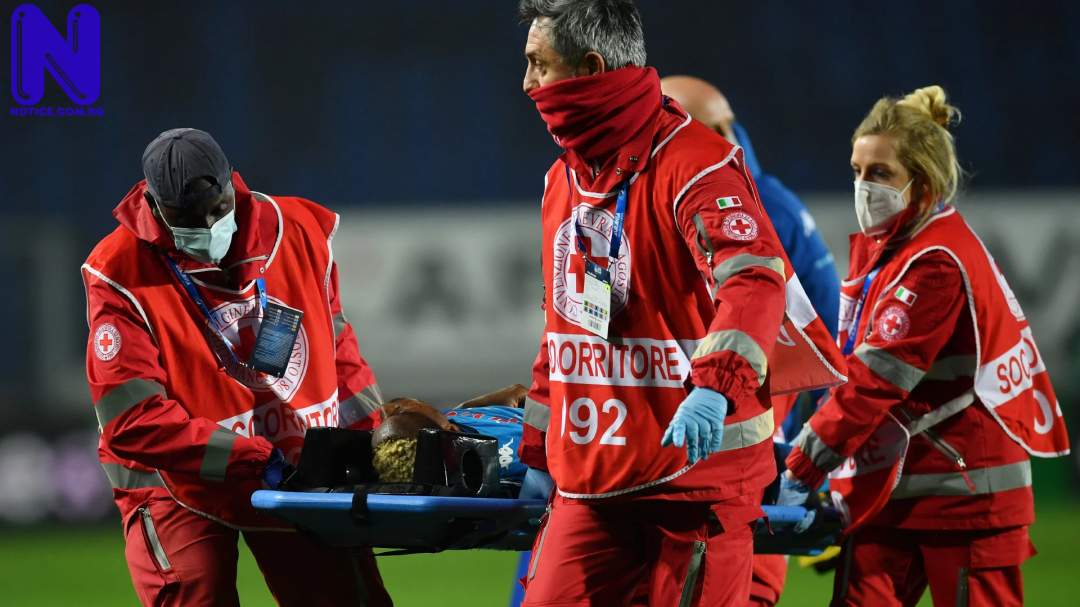 Napoli striker, Victor Osimhen, was stretchered off in their 4-2 defeat at Atalanta on Sunday, after he collapsed in the final minute of the encounter.
Osimhen fell awkwardly and hit his head on the pitch.
The Super Eagles star appeared to lose consciousness and was taken into an ambulance, concerning frantic calls for oxygen.
“It’s not clear what happened. He was down for a while, people thought he was injured, but then the players and staff started calling for oxygen.
“He was put onto the stretcher and rushed off the field into the ambulance,” Sky Italia reports.
The 21-year-old was making his 10th Serie A appearance for Napoli, since his €70m club record move.
Napoli are yet to issue an official statement on the incident.