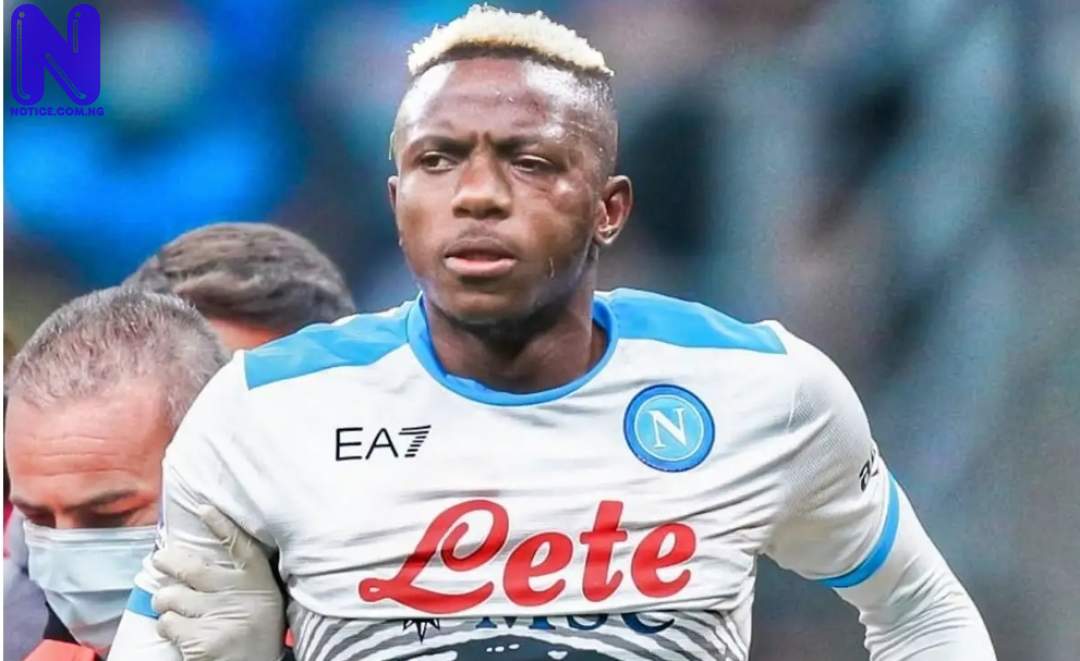 Napoli surgeon, Gianpaolo Tartaro, has said the conditions of Victor Osimhen’s face were very bad, following what he described as a “perfectly successful” surgery.

Osimhen underwent the procedure on his facial injuries on Tuesday morning.

The 22-year-old was forced off early as the Parthenopeans lost 3-2 to Inter Milan, following a clash of heads with Milan Skriniar.

Napoli, in a statement, said: "On Tuesday morning, Victor Osimhen was operated on his cheekbone and eye socket by Gianpaolo Tartaro, who was assisted by Dr Mario Santagata with Dr Raffaele Canonico also present," a club update read.

"Titanium plates and screws were used in the operation. The player is doing well and will remain under observation for the next few days.

"Osimhen is expected to return to action in three months."

Tartaro added that "Osimhen’s injury was not a simple cheekbone fracture but also affected several bones of the face.

"It was not a shock trauma, but compression: the kinetic force generated by the crushing of Osimhen's face against Skriniar created devastating damage.

"It is still too early to talk about recovery times because the surgery was really complex: the conditions of the player's face were very bad, but I guarantee that the surgery was perfectly successful."