Oshiomhole attacks Gov. Dickson, tells governorship candidate what to do 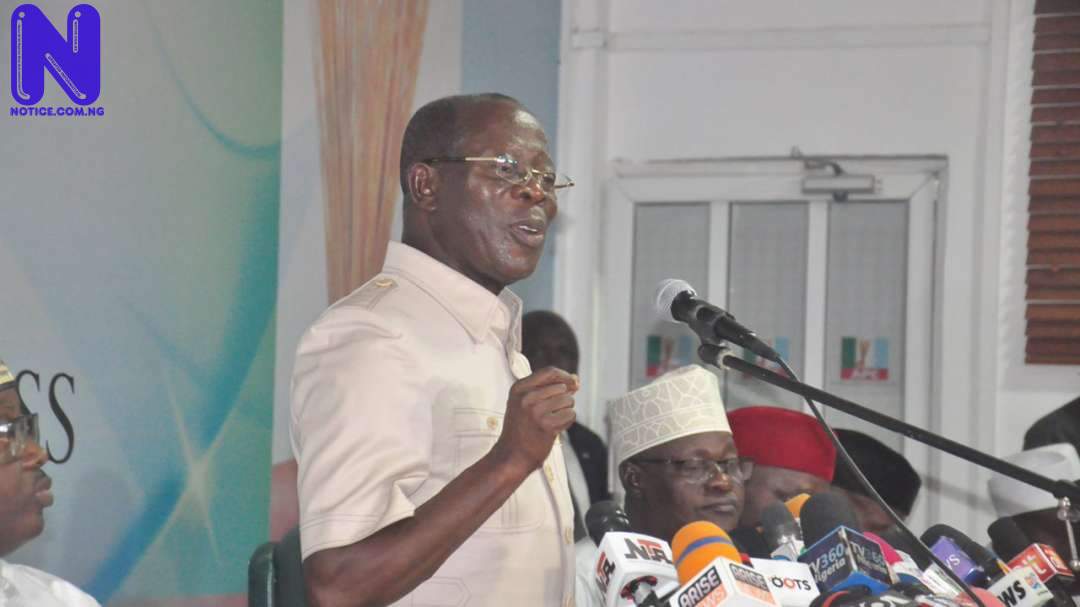 The National Chairman of the All Progressives Congress (APC), Adams Oshiomhole, has urged the party’s Bayelsa governorship candidate, Mr David Lyon, to pass messages of change to the people rather than engage in hate speech.

Oshiomhole gave the advice in Abuja on Thursday at a reconciliation meeting with the party’s stakeholders and aggrieved governorship aspirants from the state, NAN reports.

“I also want to appeal to Lyon not to join political opponents to engage in hate speech. They will provoke you to divert from your path to distract your attention and you will be busy attacking them.

“What you need is to pass your message of change to the people of Bayelsa.

“When they concentrate on abusing you, you concentrate in mobilising the people, amplifying what they would have gotten by now which they have lost because of the leadership qualities they are lacking,” he said.

Oshiomhole also condemned what he described as gutter language used by Gov.

“APC rejects and condemn in strong term the raw language unbecoming of the office of a governor, the way he has described our candidate.

“We will not go to his own level. on this occasion, we will invoke a popular statement made by Michelle Obama at the peak of the last presidential election in US when she said when they go low, we fly high.

“So when Dickson goes low, we will fly high. We will not join him in using gutter language to describe neither his office or his person, or even their candidate who is about to be defeated,” Oshiomhole said.

He said that the meeting was to build and make peace as well as working towards unity of members in order to have a united party.

Oshiomhole, who said that the party’s National Working Committee and Bayelsa APC stakeholders had a peaceful meeting, said that two aggrieved aspirants who went to court, challenging the election of Lyon had been addressed