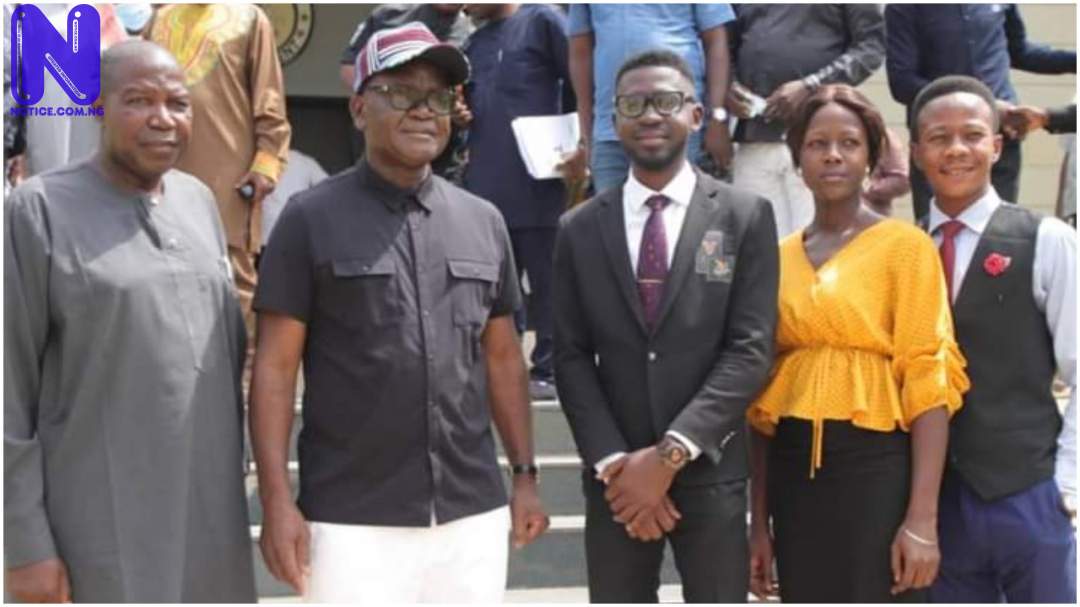 The Benue State Governor, Samuel Ortom, has offered automatic employment to two sons of the state, Ijever Wueseter Andrew and Joshua Ojile Adache who recently excelled at the University of Calabar.
Press had reported thatAndrew Wueseter Ijever emerged the overall best graduating student at the 34th Convocation of the University of Calabar, from the Department of Radiography, Faculty of Allied Medical Sciences.
Ortom had congratulated Ijever, stating that the graduating student had made the government and people of Benue State proud with his academic excellence which As stated by him, will serve as a source of inspiration to students from the state and other parts of the country.
The governor announced the employment on Tuesday when he received the two young men at Benue Peoples House, Makurdi.