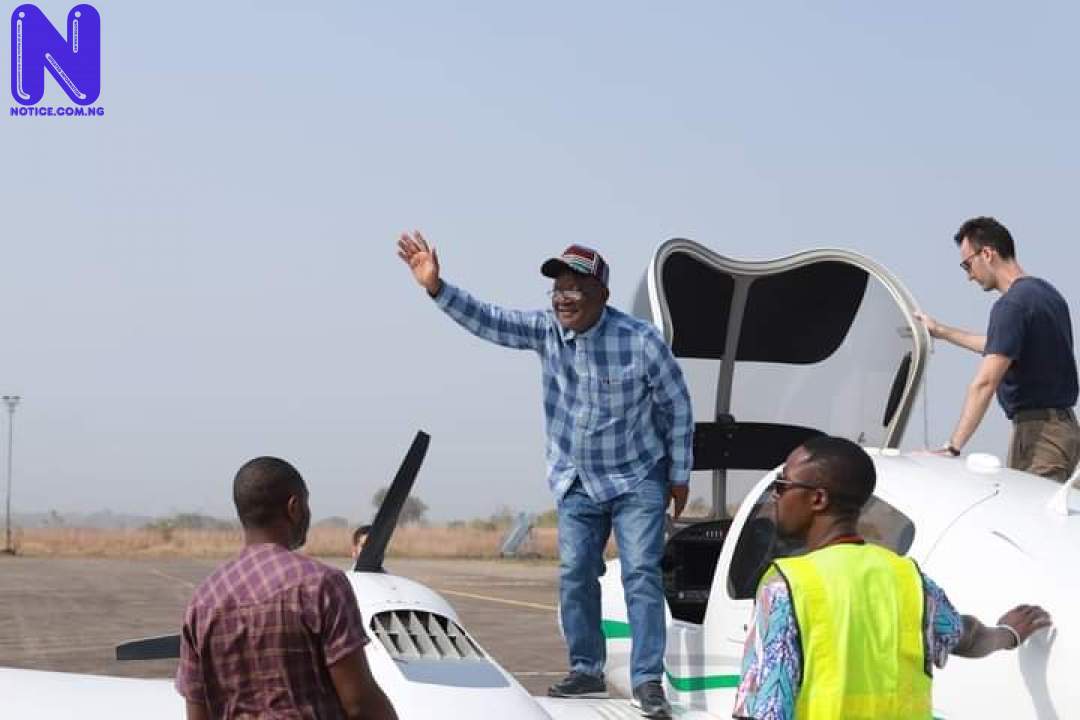 Benue State Governor, Samuel Ortom has flagged off the digital aerial photography of communities and towns in the state through the Benue Geographic Information Service, BENGIS.

The flag-off of the digital aerial photography, which involves capturing images for town planning and surveying purposes across the state by BENGIS, began a few weeks ago and was held Saturday, 22nd January 2022 at the Federal Airport Authority of Nigeria, FAAN premises, Makurdi Airport.

State Project Manager of BENGIS, Mr Mario Bajouk briefed the Governor on the extent of work already done in terms of areas covered while presenting pictures to him.

Ortom, who later inspected ongoing construction work on the BENGIS headquarters situated at the Ministry of Lands, Survey and Solid Minerals, expressed satisfaction and expressed confidence that the project will be completed and commissioned soon.

The Governor explained that when completed, BENGIS will be a source of revenue generation for the state, stressing that N500 million will be released by the state government to continue work on the project while the remaining financing from Access Bank is being worked out.

Ortom, who told journalists that the project costs N6 billion and is being financed by Access Bank, said the cost is inclusive of construction of BENGIS zonal offices in Otukpo, Gboko and Adikpo to be equipped with Geographic Information Service, GIS, training of staff among others.

The Governor had on Friday, 21st January 2022, inspected ongoing renovation works on government lodges at the Benue Peoples House, Makurdi.

Also on Saturday, 22nd January 2022, he paid a condolence visit to the family of Pa Kucha Utebe in Makurdi, who died at the age of 140 years.

The Governor said the deceased was a war veteran and a politician who stood by him at all times, saying his fatherly counsel will be greatly missed.