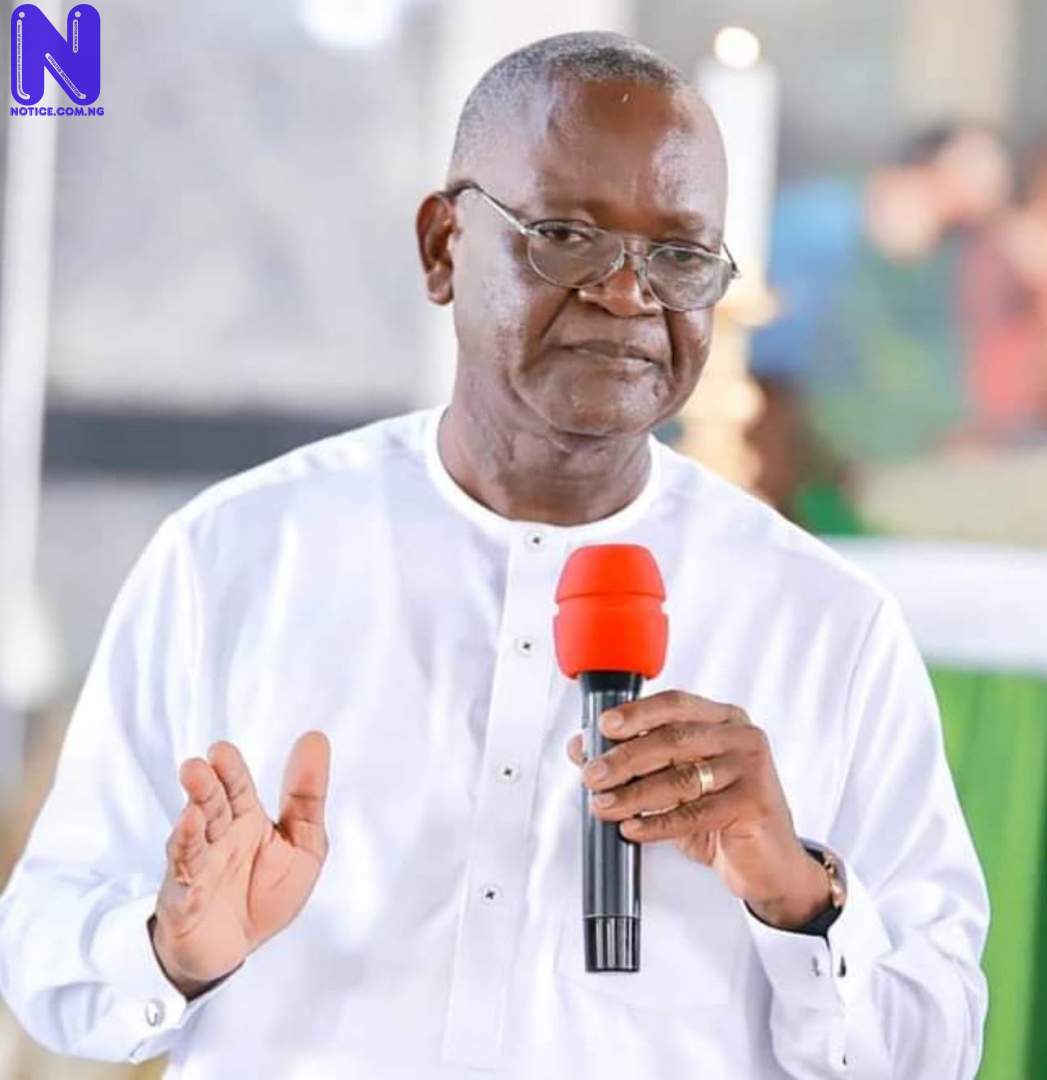 Benue State Governor, Samuel Ortom has challenged the Economic and Financial Crimes Commission, EFCC, to come clean in its fight against corruption and not be selective.

Governor Ortom spoke Friday, May 13th, 2022 when he received at the Benue Peoples House, a delegation of the Executive Intelligence Management Course 15 participants from the National Institute for Security Studies, Abuja, on study tour in the state.

The Governor expressed displeasure over the action of the EFCC to freeze the account of the Benue State Emergency Management Agency, SEMA, meant to take care of Internally Displaced Persons, IDPs in the state.

He questioned the rationale behind the action of the anti-graft agency, stating that the funds in the account were donations from individuals and corporate organizations who were deeply concerned about the plight of the IDPs.

According to the Governor, the anti-corruption agency has exhibited the height of impunity by its selective war against financial crimes in the country, saying a situation where the EFCC harasses innocent citizens on politically motivated grounds is unacceptable.

He tasked the EFCC to beam its searchlight on corrupt serving officials in the administration of President Muhammadu Buhari who have turned the purchase of presidential nomination forms of the APC for the forthcoming general elections into a bazaar.

Governor Ortom also called on the Federal Government to rise to its constitutional responsibility to secure the lives and property of Nigerian People, pointing out that if the country must develop economically, security is paramount.

The Governor commended the participants for choosing Benue State as part of their study tour and urged them to take the study seriously and proffer practical solutions to solving the insecurity that has bedeviled the nation.

Earlier, leader of the delegation and a directing staff of NISS, Godwin Ometu told the Governor that the course was a flagship programme of NISS and the syndicate 2 was in Benue State to enable participants obtain first-hand information concerning governance, development and security situation.

He explained that the course with the theme “Global Climate Challenge; Prospects and Priorities for Economic Development” was aimed at fostering interagency synergy and impacting the participants to tackle insecurity challenges, noting that the course participants were drawn from various security formations within and outside Nigeria.

He stated that as part of course requirements, the participants at the end of the programme will submit recommendations and implementation strategies to the Federal Government and requested the Benue State Government to key into the programme.

The State Deputy Governor, Engr Benson Abounu, Head of Service, Mrs Veronica Onyeke were among other senior government officials who joined the Governor to receive the NISS delegation.