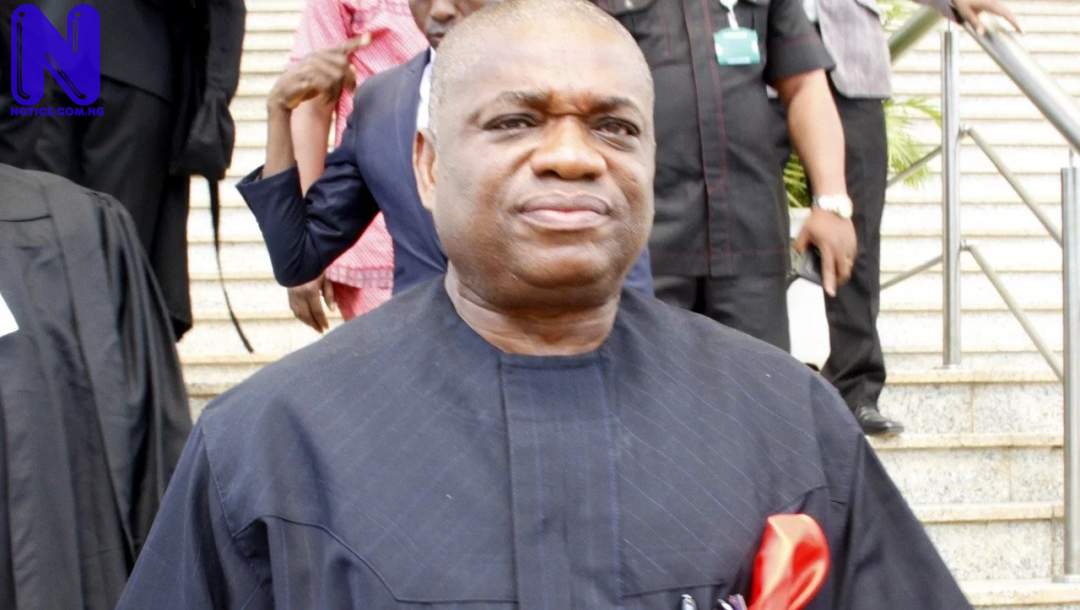 Senate Chief Whip, Orji Uzor Kalu, on Wednesday described the death of Ex-Military Administrator of Imo and Lagos States, Ndubisi Kanu as a “big loss.”
Kalu, a retired Rear Admiral, passed away on Wednesday at the age of 78-years after a brief illness.
The deceased is from Ugwunta in isuikwuato Local Government of Abia State.
Reacting, the lawmaker in a condolence message on Wednesday, commiserated with Ndigbo, the people and government of Abia in particular over Kanu’s demise, NAN reports.
Kalu said the ex-Chairman of National Democratic Coalition (NADECO) stated that Kanu was one of the few Nigerian People that fought for the enthronement of democracy.
“I received with pain the news of the passing of a leading light in Igboland and Ex-Chairman of NADECO, retired Rear Admiral Ndubuisi Kalu.
“The late statesman contributed immensely to the enthronement and sustenance of democracy in Nigeria.
“The democracy Nigerian People are enjoying today is attributed to the efforts of the deceased and a few others. He lived a fulfilled life dedicated to national service and humanity.
“He has left indelible footprints in the annals of Nigeria’s democracy, owing to his remarkable, unbeatable and historic good deeds.
“The late statesman will surely be missed for his counsel at the community, sub-national and national levels,” he said.