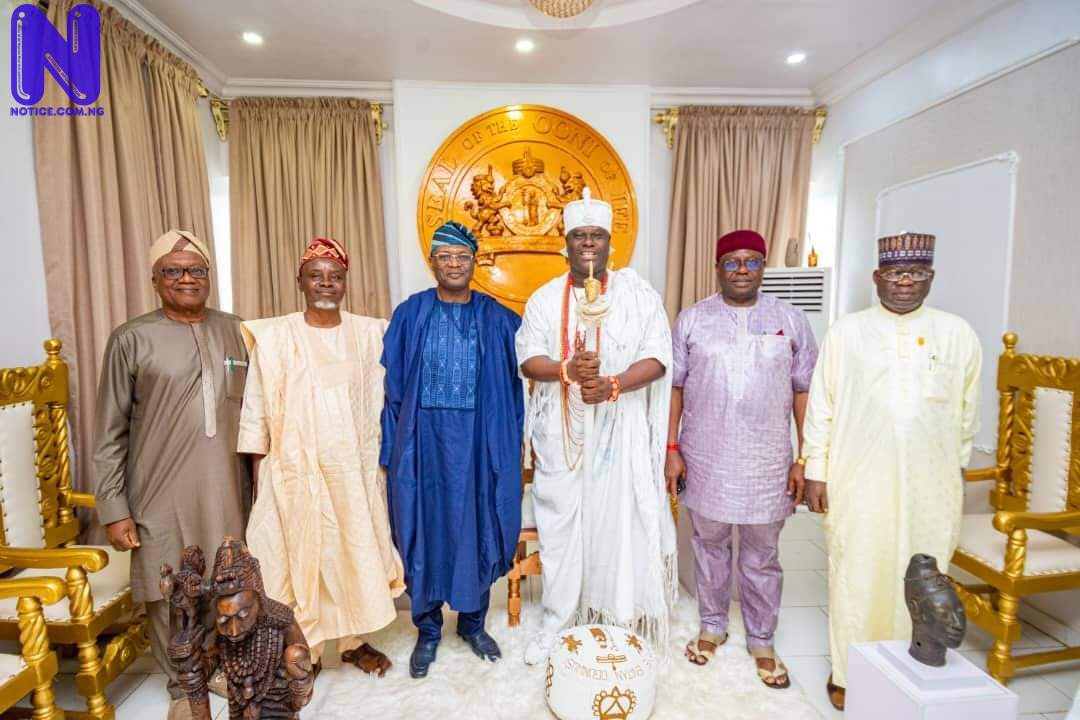 Ooni of Ife, Ooni Adeyeye Enitan Ogunwusi, has assured that traditional rulers across Osun State are prepared and ready to assist the Independent National Electoral Commission (INEC) to achieve a credible gubernatorial election in the State on July 16, 2022.

Ooni Ogunwusi also pledged that the monarchs in the State will be neutral during the political exercise.

The monarch, who is the permanent Chairman of the Osun State council of Obas, gave the assurance during a meeting with the INEC Chairman, Mahmud Yakubu and traditional rulers across the State on Tuesday in Ile-Ife.

While maintaining that INEC has a lot to gain from its association with the monarchs, he explained that the traditional institution remained critical in nation building as the closest to the people.

"We the traditional rulers share a similar feature with your commission which is independence and neutrality. We are not politicians and that is why we have the control of all our subjects, including politicians regardless of their parties.

"I must commend INEC for the introduction of technology into our electoral laws, which has made rigging almost impossible. To cap it all, we now have an Electoral Act which complements the advancement of our leadership selection process.

"The introduction of BVAS, that singular device has turned around the fortune of our dear country. With the BVAS, result of the Ekiti State gubernatorial election was declared in less than 24 hours which has never happened in the history of our dear country.

"Luckily for Nigeria and Nigerian People, we have an INEC Chairman who is patriotic and well in character. My advice for the commission and its leadership is to make Nigeria their biggest project,” he said.

Earlier in his address, the Professor Yakubu lauded the Osun State Council of traditional rulers for their role in peacekeeping and creation of enabling environment for the conduct of elections.

"We are appealing to Your Royal Highnesses to talk to the political gladiators; the politicians and their supporters to play by the rules of the game as there can never be a credible election in an atmosphere of rancour.

"Politicians and their followers must give peace a chance for the election to be conducted and concluded promptly during the remaining days of the campaign and after the election.

"We have put all measures in place to ensure that Osun people will be allowed to decide who their next governor will be. We did it in Ekiti and we are prepared to achieve more successes in the July 16 Osun guber poll,” Yakubu noted.