Onwubiko's HURIWA the mouthpiece of IPOB against Northerners - Kabir Akintayo 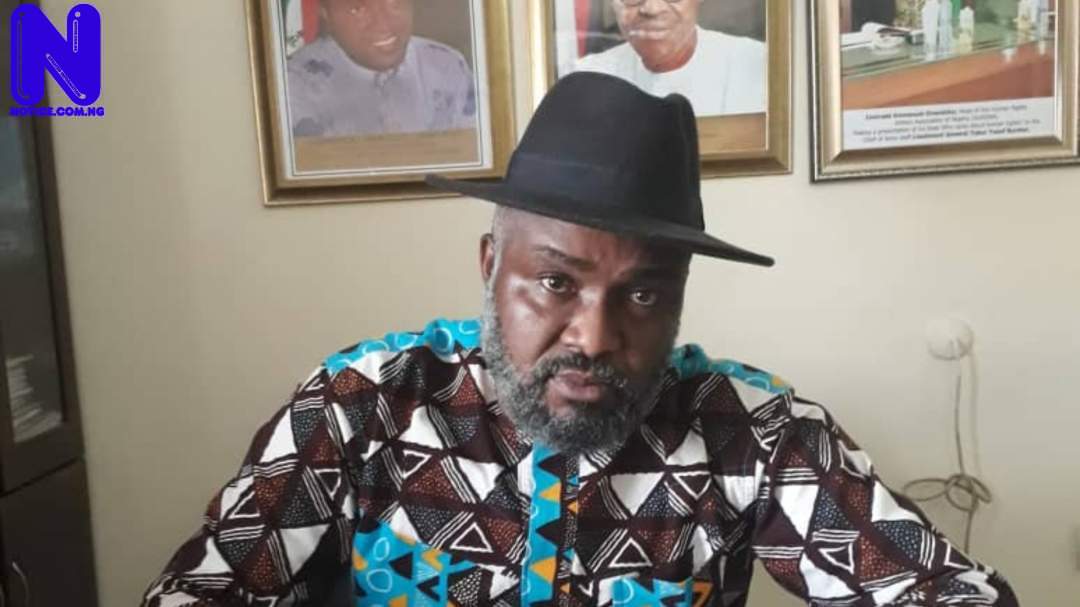 The controversial Human Rights Writers Association of Nigeria (HURIWA) founded by one Emmanuel Onwubiko, has turned itself into a mouthpiece for the proscribed Indigenous People of Biafra (IPOB) with its recent campaigns.

To give his organisation a legitimacy, one faceless Zainab Yusuf, bearing Muslim/Northern name is claimed to be the National Secretary of HURIWA.

While it also promotes Igbos interests with dozens of its press statements and articles issued by the said Emmanuel Onwubiko, it has sustained attacks on Northerners and their leaders.

DO YOU KNOW >>> Ogun 2023, the west and intensified agitation for fairness, equity - Sikiru Obarayese

Onwubiko has never condemned violent activities of Igbo youths, especially under the banner of IPOB, but has on several occasions asked for the arrest and prosecutions of Arewa Youths and Northern leaders.

For instance, while condemning the arrest of Nnamdi Kanu of IPOB, in a recent article, Onwubiko said that Buhari's government should channel its energy to arresting Boko Haram terrorists and leave a ‘saint’ Nnamdi Kanu alone.

In another breathe, Onwubiko and his HURIWA hailed the southern governors over their decision on open grazing and termed the President’s decision as a one-man dictatorship. He recently boasted that IPOB enjoyed unprecedented followership globally when he warned that “Buhari should not trigger social crises by allowing his supporters and officials to continually make senseless and irresponsible comments filled with hatred so as not to create security crises for south-eastern Nigeria, because in fact, the natives of Nnamdi Kanu The peoples of Biafra (IPOB) benefit from an unprecedented number of subscribers in the world.”

In his article titled "Amina Mohammed Misplaced Patriotism Sermon", he referred to the United Nations’ Deputy Secretary-General as the ‘President’s cocktail of nepotism appointment’ that favors the Fulani ethnic bloc and Muslims. In his words, "Next time she would very rightly take her sermon on how to build Nigeria to the doorsteps of President Muhammadu Buhari who has in only six years destroyed the fabrics of Nigeria's unity through a cocktail of nepotistic appointments that favour Fulani ethnic bloc and Moslems where Amina Mohammed identifies as her Primary constituency".

Ironically, Amina was recently in Nigeria where she encouraged youths to be champion of positive changes in the country. She said: "Young people must get involved. There is no reason to throw stones at any institution of government unless you are willing to get into that government and do something about it. It might take you a lifetime, but it does require people to make the sacrifice. If enough of us are pushing in the right direction, there will be a big difference". Those were the words of the deputy UN secretary general, putting effort in uniting the nation but Emmanuel Onwubiko is savaging the effort by promoting ethnic division through advocacy for secessionist.

After attacking President Muhammadu Buhari and condemning his administration, Onwubiko and his HURIWA also accused the Army chief of allegedly being supportive of Fulanis by aiding the invasion of some communities in the South-East.

His passion for attacking Northerners is so glaring that he urged the same Buhari he always attack to sack the National Security Adviser (NSA) Babagana Monguno and to arrest Sheikh Gumi immediately over unverified and flimsy allegations.

HURIWA alleged that Monguno is providing the enabling environment for Sheikh Gumi to continue to negotiate for the dreaded kidnappers and terrorist.

It is public knowledge that the NSA has been outspoken on the position of the government over terrorism and banditry with the unrelenting military offensive to curtail their excesses.

The NSA has repeatedly vowed that the government would not negotiate with bandits and promised to deal with the terrorist group. He said "While the government is not averse to talking with these entities, it also has to fully apply its weight. You can't negotiate with people who are unreliable and who will continue to hurt society.

"We will apply the full weight of the government to deal with these criminals. These are not people looking for anything that are genuine or legitimate; they're just out to take calculated measures to inflict pain and violence on innocent people. We must deal with them the way they need to be dealt with. We will fully assert the government's will."

It is very surprising that for all the atrocities committed by IPOB and its followers in the killing of innocent people including security personnel and destructions of businesses and critical infrastructure, Onwubiko and his HURIWA have never condemned those activities even though perpetuated in Igboland.

From the chameleonic antics displayed by Onwubiko, it remains to be seen if the so-called HURIWA is protecting the interest of writers in Nigeria and elsewhere or buttering his interests and that of his people in the South-East.