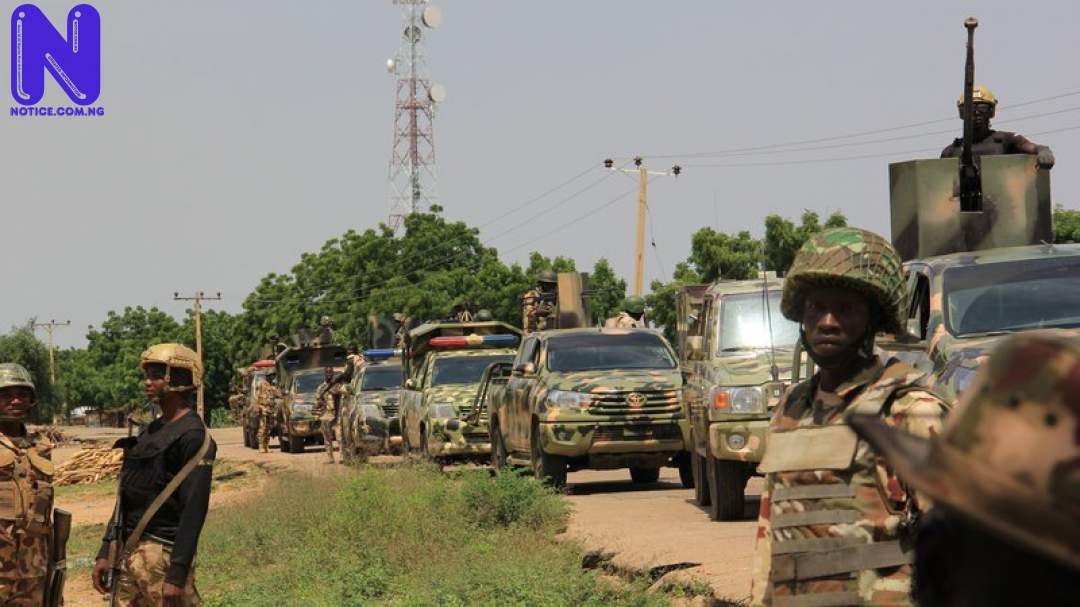 Five of the abducted students and two teachers of the Federal Government College in Birnin-Yauri, Kebbi State have been rescued.

Their rescue was disclosed by the Nigerian Army on Friday.

The army also confirmed that during a gun duel that ensued, an exhausted student gave up the ghost.

Press had reported that armed men suspected to be bandits had abducted the students and teachers on Thursday.

The bandits were said to have killed a police officer before whisking the four staff and unspecified number of students to an unknown destination.

One of the students abducted from the school between soldiers and the abductors.

The Deputy Force Commander of the Joint Task Force in the North-West Zone, Air Commodore Abubakar AbdulKadir, confirmed the incident.

A statement issued and signed by the Army Public Relations Officer, Onyema Nwachukwu, said the “Nigerian Army troops operating under the auspices of Operation Hadarin Daji who have been on a hot pursuit of kidnappers and bandits following an unfortunate abduction incident in Federal Government College, Birnin Yawuri yesterday 17 June 2021 have so far, rescued two teachers and five students after a fierce exchange of fire with the criminals.”

The statement disclosed further that an initial encounter with the abductors in the early hours of Friday led to the rescue as the kidnappers who had split into two groups fled.

The army said while one group held the abducted children captive, the second group continued to move with the rustled cattle.

It said the Land troops in conjunction with elements of the Nigerian Air Force, who provided close air support during the rescue mission intercepted the two groups at about 2.30 am and engaged them in a fire fight leading to the successful rescue of the teachers and students.

It revealed that, “The troops also recovered 800 cattle rustled by the bandits.

“The gallant troops are still on the heels of the kidnappers in order to rescue the remaining abductees still in captivity. Sadly, a casualty was recorded during the exchange. A female student was found to have given up the ghost as a result of exhaustion. The rescued teachers and students will be handed over to the Kebbi State Government.

“The Nigerian Army appreciates the cooperation so far from good spirited citizens and wish to solicit for more. The Chief of Army Staff Maj Gen Faruk Yahaya has directed the Commander to spare no effort until all the abducted persons are safely rescued and reunited with their loved ones,” the statement said.