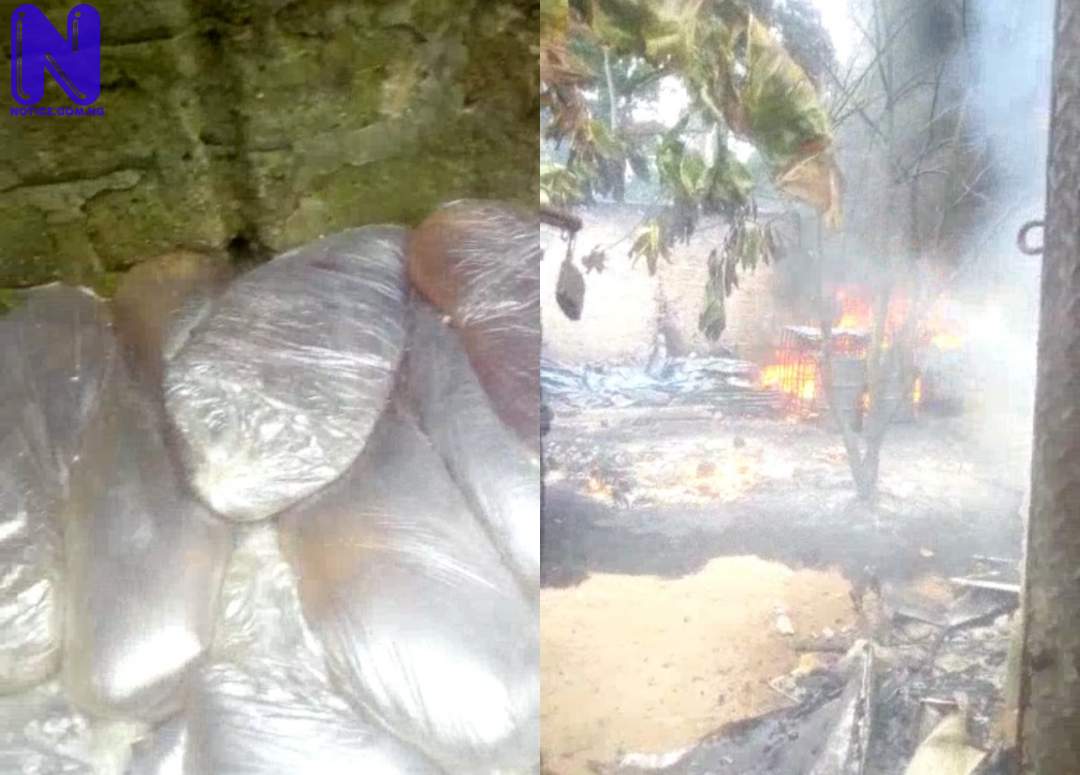 One person was on Thursday critically injured in a fire incident which broke out from an illegal refining site Rivers state.

Notice.Com.Ng gathered that the incident took place in Rumekini community in Obio Akpor Local Government Area of the state.

The fire, which was caused by an explosion at the site of the illegal refinery, broke out around 2pm and caused panic in the community.

It took the combined effort of residents of the area to put out the fire as calls put across to the River state fire service “did not get any response”.

Eyewitnesses said the victim of the fire “may not survive” as the injury was very critical.

He was however rushed to the hospital by good Samaritans while police officers arrived at the scene later on to take the illegally refined product out.