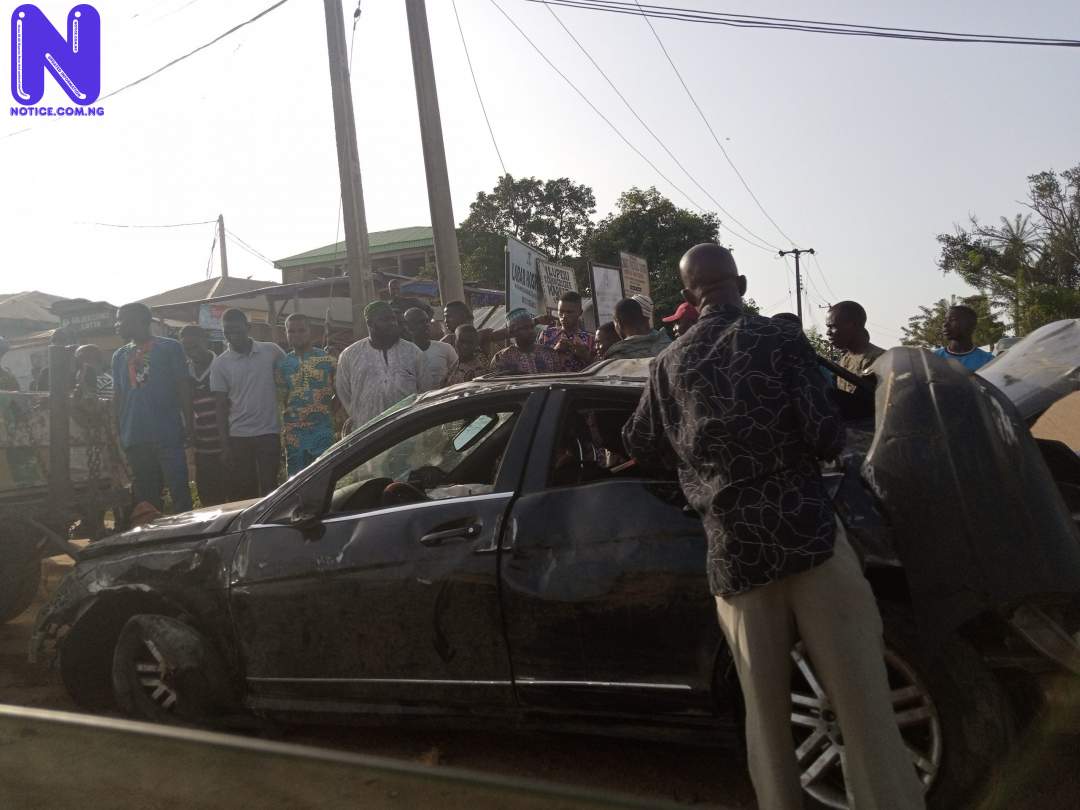 One person has been confirmed dead while four other occupants of a vehicle were injured in a lone accident involving a Mercedes-Benz at Steel Rolling area, along Ikirun road, Osogbo.
The unfortunate incident, which occurred at about 1:45 pm on Saturday, involved a black Mercedes-Benz with the registration number KRD 809 GK.
One male in the car was confirmed dead while the other four occupants of the car, two male, two female were injured.
Contacting the Osun Sector Commander of the Federal Road Safety Corps (FRSC), Kudirat Ibrahim, confirmed the fatal accident to Press.
According to her, it was speculated that the accident might probably be caused by over speeding.
She said, “The fatal accident occurred at about 1:45 pm, as the Mercedes-Benz painted in black colour with registration number KRD 809 GK along Ikirun-Osogbo road crashed.
“The accident involved three male and two female,” Kudirat said.
She added that “other victims were taken to Lauren Hospital while the corpse was deposited at LAUTECH Teaching Hospital, Osogbo, mortuary.”