One dead, four injured as truck runs over pedestrians 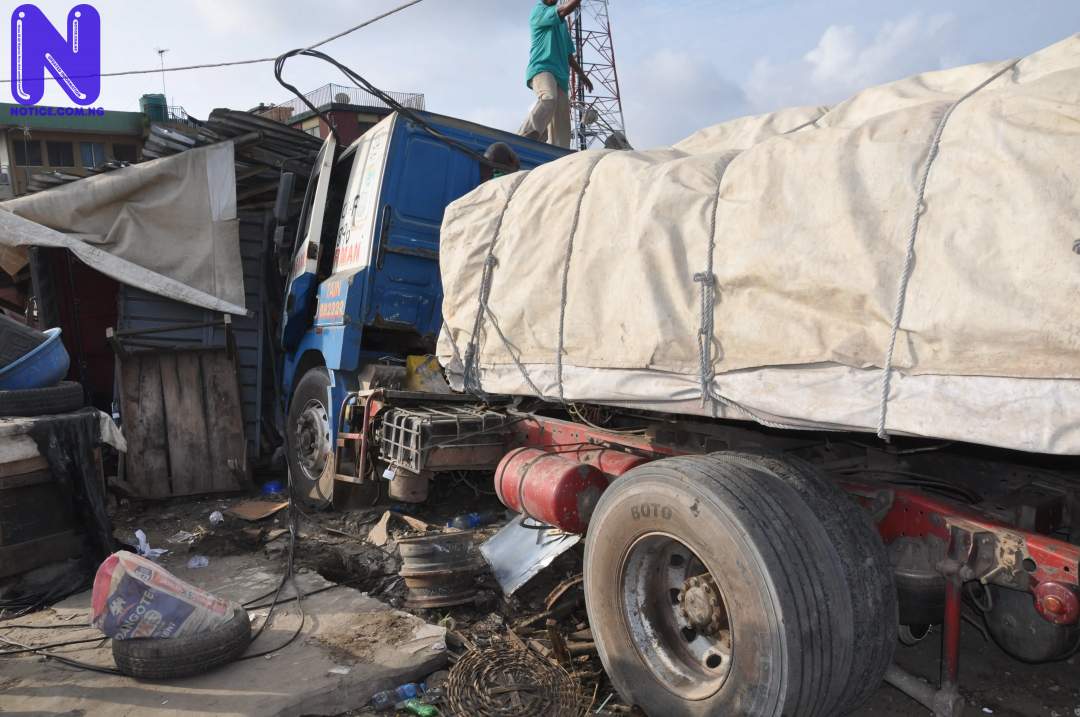 One person has reportedly died as four others sustained injuries in a fatal road accident along Sango Tollgate M, inbound Lagos, along Lagos-Abeokuta expressway.

The multiple accident, Press learnt, occurred around 4:49am on Tuesday involving seven vehicles.

As stated by eyewitnesses and road traffic agents at the scene, it was reported that the containerized truck had brake failure and hit the other vehicles at the rear.

It reportedly ran over a group of commuters waiting to board commercial buses at Tollgate bus stop.

It ended up crushing one person to death and injured four, including two motorcyclists awaiting passengers.

Ogun TRACE Corps spokesperson, Babatunde Akinbiyi said the accidental vehicle had been removed from the road while the injured victims were rushed to State hospital, Ota.

The dead victim has been taken to a state morgue in Ifo.