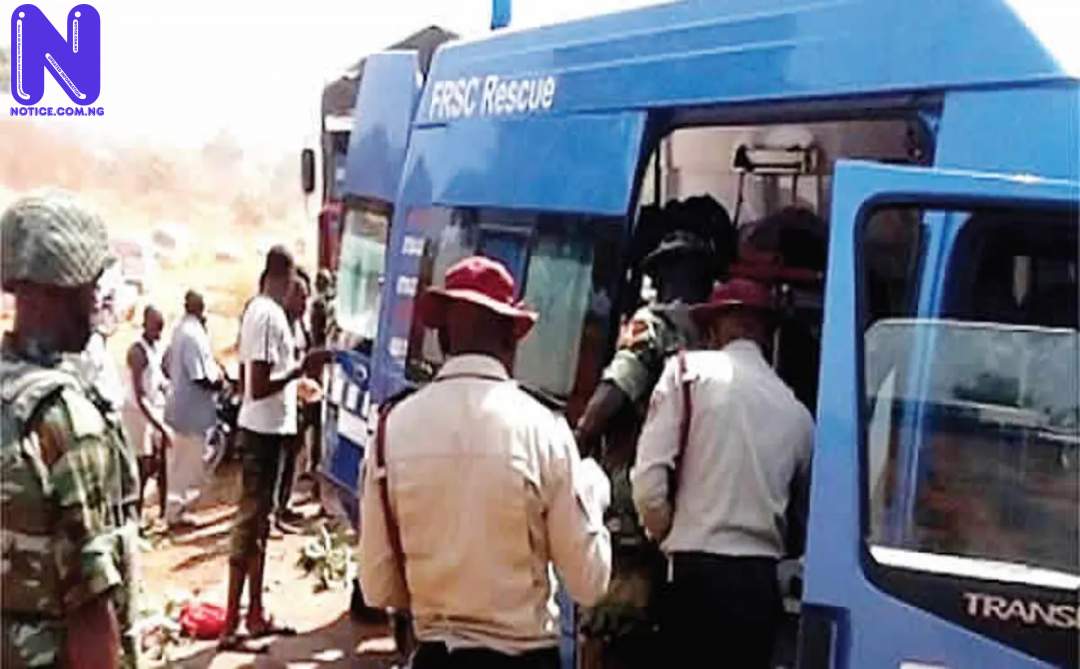 One person has reportedly died while 14 others sustained injuries in multiple crashes across Ogun State on Thursday.
The Federal Road Safety Corps (FRSC) on Friday said a total of five road traffic crashes were recorded yesterday on highways across Ogun.
In the crash that occurred about 11:50am on the Lagos-Ibadan expressway, opposite BHN company, the FRSC said four men were involved.
One of them died, while one other person sustained injuries.
The Ogun FRSC Spokesperson, Florence Okpe, in a statement said a Bajaj motorcycle with registration number, KNN374VZ and a Mack trailer were involved.
“The suspected causes of the accident were wrongful overtaking and dangerous driving.
“The injured victim refused to be taken to the hospital while the corpse was deposited at Divine Mortuary, Ibafo,” Okpe said.
Another accident reportedly occurred at about 02:10am around Sango Tollgate in Ota.
The crash with a total of four males recorded no injury nor death.
Likewise, Okpe disclosed that an accident, which occurred at about 02:30 on the Lagos-Ibadan expressway had the three persons involved injured, with no death recorded.
A Bajaj motorbike vehicles and a Daf Truck with registration number, GGE804XM, were involved.
It was gathered that the injured victims were rescued to Famobis Hospital at lotto.
A total of six men were involved in another accident that happened at 03:15pm at Awori area of the Abeokuta-Lagos route, with no injury or death sustained, it was gathered.
The last crash, As stated by the FRSC, occurred at about 6:50pm on the Lagos-Ibadan expressway between Car Park and RCCG Police Station.
“A total of 10 persons were involved, which comprised 07 male adulte and 03 female adult; all sustained injuries. Fortunately no death was recorded from the crash,” Okpe said.
Two vehicles were involved in the crash, suspected to have been caused by wrongful overtaking and dangerous driving.
It was gathered that the injured victims were rescued to Famobis Hospital, Lotto, for medical attention.

READ ALSO >>> Hit-and-run driver kills one in Anambra, 10 injured in another accident