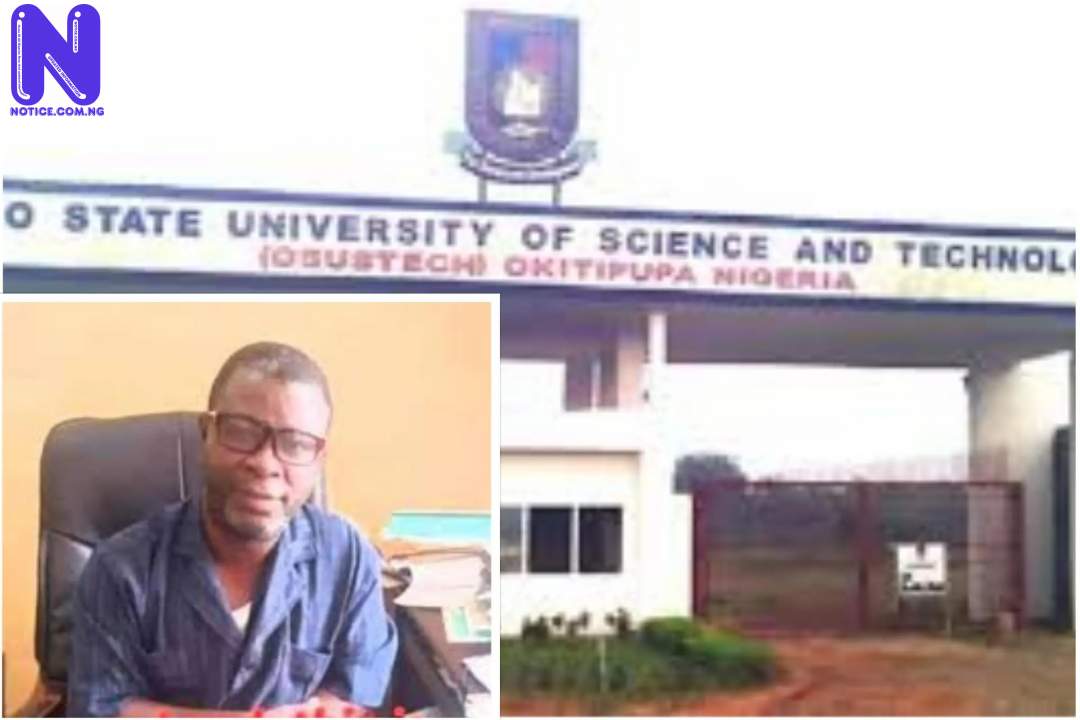 Members of staff of the Ondo State University of Science and Technology, OSUSTECH, Okitipupa, Ondo State, have described the death of a senior lecturer of the institution, who reportedly died while in the captivity of kidnappers as shocking.

As stated by the staffers, Professor Gideon Okedayo, who was abducted by gunmen suspected to be kidnapper was peace-loving person.

Recall that Professor Gideon Okedayo, a senior lecturer of the Ondo State University of Science and Technology, Okitipupa, Ondo State, who was kidnapped last week while on his way to his hometown of Igara in Edo State.

After the kidnap of the Professor, his driver who was mercilessly beaten later drove the official vehicle, a Toyota Corolla car with registration number, 06X47OD, to a police station in Edo State.

DO YOU KNOW >>> WAEC sanctions 165 schools for cheating in Kwara

It was gathered that Okedayo’s decomposing body was found on Monday in the bush, where he was captured by his abductors.

Reacting to the development, the Chairman, Joint Action Committee of Staff Unions, OSUSTECH chapter, Mr. Temidayo Temola, stated that the incident is a huge shock to all members of staff of the university.

“In fact, the death of Professor Okedayo is a big loss to this institution, we will really miss him.”

Also, the Chairman of the OSUSTECH branch of the Academic Staff Union of Universities, Dr. Dipo Akomolafe, said the ASUU and the entire university community had been thrown into disarray and were saddened by the development.

“His decomposing body was found in the bush. This is so sad to ASUU and his family members because the abductors never called anybody, whether ASUU or Okedayo’s family for ransom.”