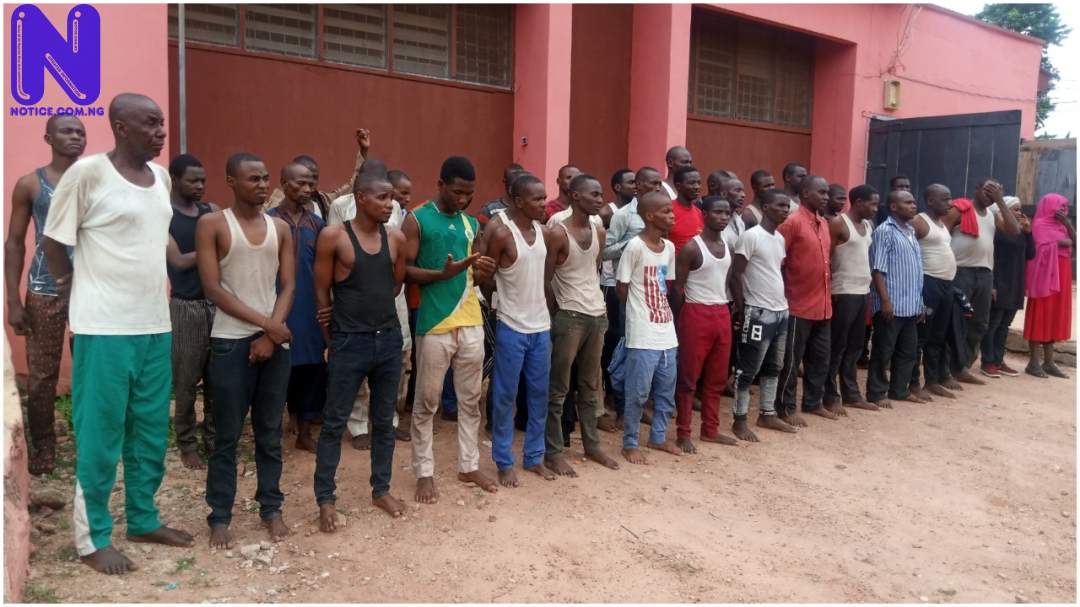 Forty-two persons from the northern part of the country who arrived Ondo State with unknown mission have been returned to their states of origin.

The suspected invaders, who were rescued from being lynched at Okitipupa by the Amotekun Corps, were later rounded up and profiled by the security agency.

While parading them in Akure, the commander of the Amotekun corps, Adetunji Adeleye claimed that they came for a private firm security training.

DO YOU KNOW >>> One electrocuted, other seriously injured in Kano

“These men and women were first sighted in Okitipupa local government area of Ondo state on Thursday where their arrival created unnecessary tension and apprehension among many residents of the community.

“The people who came from Jigawa and Kano states were said to have come for a mission unknown to government.”

Also speaking on the situation, Commissioner for Information, Donald Ojogo, said “The situation would have degenerated to the extent of lynching and jungle justice. It was almost getting to that point when they were seen in a suspicious manner in Okitipupa but the governor had to rise up to the occasion to ensure that they were given to adequate protection so that jungle justice had to be avoided. That was one of the key points that was achieved in the last 72 hours. It was a very frightening situation.

“Ordinarily looking at the insecurity situation in the country, some of this persons would have been molested if not killed but that is not what we want. Whatever is worth doing must be well done and we ensured as a government that they were well protected and taken care of until they were moved out of that danger zone to Akure.”

The suspected invaders were said to have been contacted by their alleged sponsors for a special training.

Meanwhile, they have been escorted by the officers of the Amotekun Corps to the state boundary.