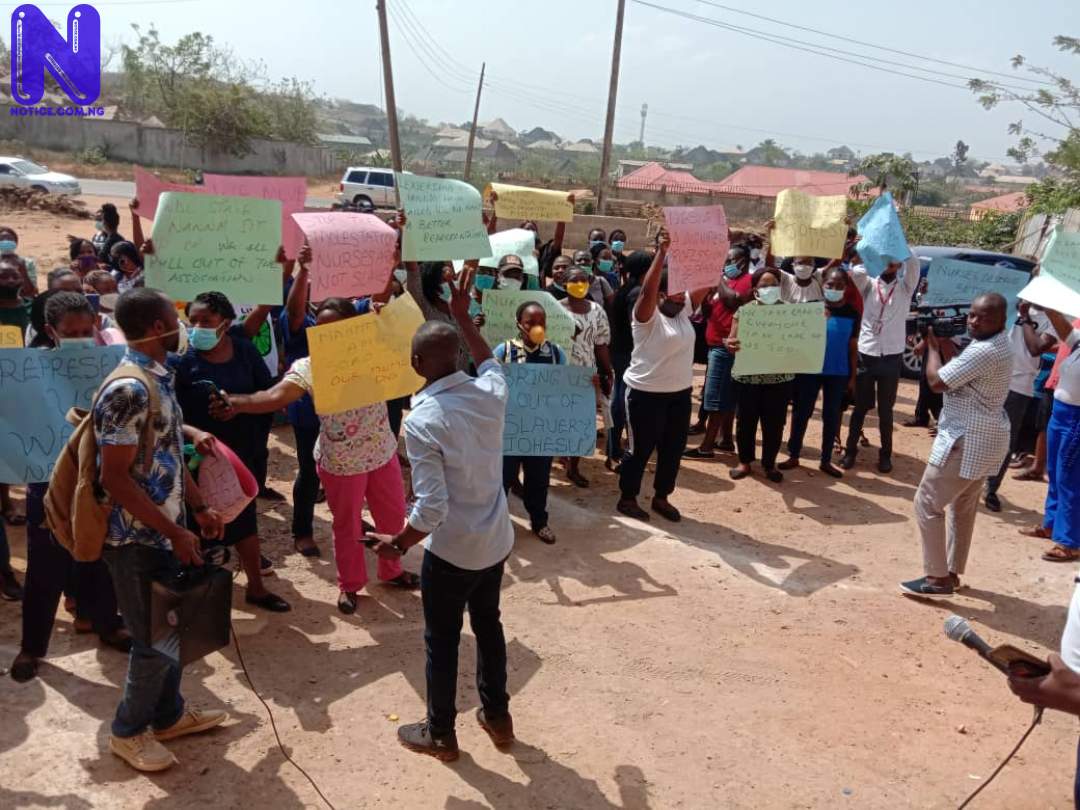 Nurses within the service of the Ondo State Government on Tuesday lashed out at labour leaders in the state for allegedly selling out over the decision the state government to pay 50 per cent salary to them.
The angry nurses who stormed and disrupted the meeting of the State Executive Committee of the National Association of Nigeria Nurses and Midwives, NANNM, stated that the labour leaders ought to have directed it members to process on strike.
With the Chairman of the Nigeria Labour Congress, NLC, Comrade Oluwole Adeleye, booed and mobbed out of the meeting, the aggrieved nurses emphasized that their leaders no longer fight for their interest.
Recall that doctors in the state, under the auspices of Ondo Government Doctors Forum, OGDF, had embarked on indefinite strike action over the payment of 50 per cent salaries.
The aggrieved nurses who stormed the meeting and chased out labour leaders who were at the meeting to mediate in the crisis rocking the union, were armed with placards which read with inscriptions such as “Represent us well or leave,” “Serve us well to serve the community well,” “A hungry man is an angry man,” “Nurses have the largest number in the health sector,” among others threatened to pull out of the Joint Health Workers Union
They said they cannot continue to work on empty stomach as some of them received N20,000 as salary.
According to one of the protesting nurses, Ogunsi Adegbowale, said the Ondo NANNM leadership failed them.
“We came to realise that our leaders agree to collect half salary. We were not carried along. We have families to feed. Some of us got N18,000 or N20,000. Some also got minus. They owe us several other allowances. During the COVID-19 we were still working.
On his part, the State Chairman of NANNM, Olumiye Kehinde who said there was no notice for strike action by the nurses, expressed surprised that his members invaded the SEC meeting and refused to listen to his explanation.
NLC chairman in the state, Adeleye, said he was not at the Nurses’ meeting to address them but to prevent a pandemonium.