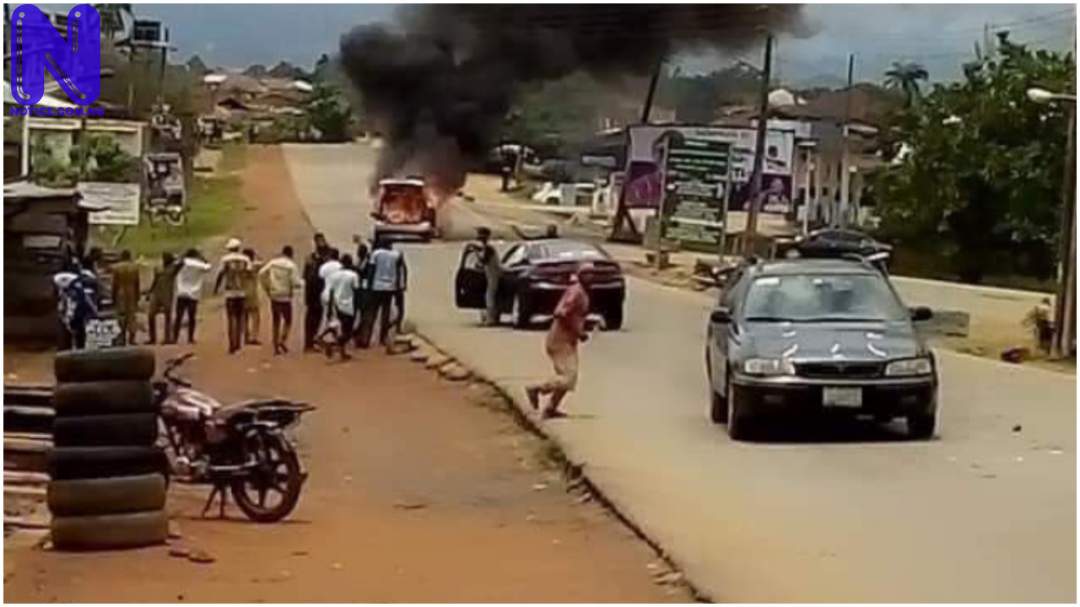 With 23 days to the governorship election, tension is currently brewing in Ondo State following the attack on the convoy of Governor Oluwarotimi Akeredolu by political thugs suspected to be loyalists of the candidate of the People’s Democratic Party, PDP, Eyitayo Jegede.
According to sources, the campaign train of Governor Akeredolu who is the candidate of the All Progressives Congress, APC was on transit through Oba-Akoko to Ikare-Akoko in Akoko North-East Local Government of the state when the incident happened.
Meanwhile, the PDP has said it was APC supporters who were in the convoy of Akeredolu that attacked the campaign train of Jegede when both convoys met at Oba-Akoko in Akoko South West.
Speaking on the development, the Spokesperson of Akeredolu/Aiyedatiwa Campaign Organization, Olabode Richard Olatunde said that the attack led to the burning of one of the campaign vehicles in the convoy of the governor adding that the driver of the vehicle sustained serious bodily injury.
“While we are shocked and saddened by this attack, we are not too surprised, because the PDP has shown that it is not focusing on issues in its campaign for the election. They will rather deploy violence and falsehood to score cheap political points.”
Meanwhile, 10 campaign vehicles in the convoy of Jegede were said to have been vandalised in the attack.

It was gathered that Jegede was at the palace of Oloba of Oba, Oba Nathaniel Adegoroye, the traditional ruler of the town, where he had gone to pay homage as part of his campaign visits to the town when the attackers allegedly struck.
According to the Publicity Secretary of the PDP, Kennedy Peretei, the attackers who were hooded stormed the location after alighting from the convoy of the governor.
Peretei alleged that neither Akeredolu nor the police operatives in the governor’s convoy did anything to stop the attackers.
“Everybody was taken by surprise. Aketi people were passing before they stopped abruptly, and before you could say Jack, these masked men rushed down and started breaking Jegede’s vehicles.
When contacted, the Police Spokesperson in the state, Tee-Leo Ikoro who confirmed the attack stated that mobile policemen have been deployed to the area on the order of the Commissioner of Police, Bolaji Salami.