Oluwo in another trouble as ruling house accuses monarch of imposition 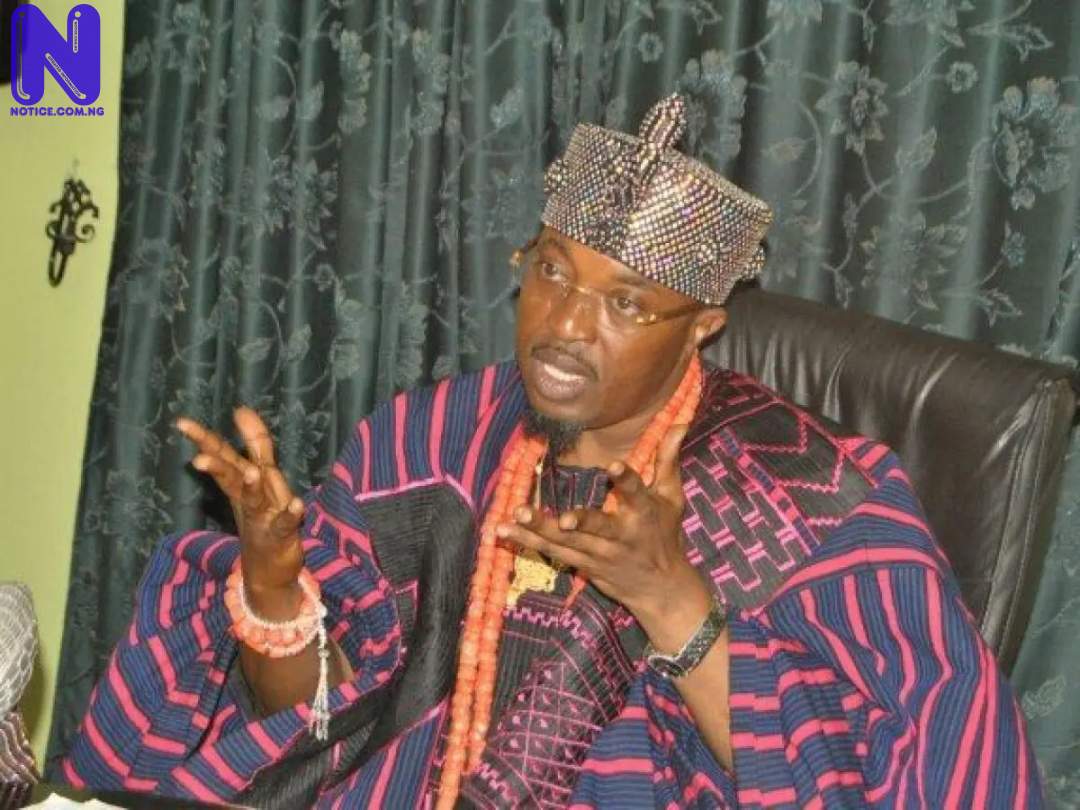 The Oluwo of Iwo, Oba Abdulrosheed Adewale Akanbi, has been accused of fanning ember of discord among a ruling house in the town by imposing candidate as the head of the family.

The monarch was alleged to have embarked on this move even with an existing head of the Adegunodo ruling house , thereby creating tension in the sleepy community.

Members of the family, at a press conference on Monday called on government in the state as well as heads of security agencies to quickly wade in and save the situation.

They also released to newsmen a copy of the petition recently sent to the Commissioner of Police in the state to notify him of the development.

The Secretary of the ruling house, Mr Ganiyu Saheed, who addressed the press on behalf of the family said each ruling house elects a head based on conditions set aside by the family and not Oluwo.

He said :”We call on the state Governor, Adegboyega Oyetola, as well as various stakeholders in Iwoland to call Oluwo to order against disrupting the peaceful coexistence in our town.

“We are dismayed and grossly appalled that Alhaji Semiu Oladimeji Fanta from Mokoti Component Compound of Adegunodo Ruling House could descend so low to accept the appointment from Oba Abdul-Rasheed Adewale Akanbi, Oluwo of Iwo, when Alhaji Najasi Alade, the current Mogaj is still alive.

“We, hereby, implore every critical stakeholder to wade into this matter in order to avoid violence, mayhem and bloodshed and particularly to prevail on Oba Abdul-Rasheed Adewale Akanbi, Oluwo of Iwo, to rescind his decision to install Alhaji Semiu Oladimeji Fanta as Mogaji of Adegunodo Ruling House. It is a taboo to say the least.

“We are a peace loving people, it is our right to decide or elect the head of the ruling house and we have one in place, he is hale and hearty. Attempt by Oba Akanbi to impose his stooge, Semiu Fanta on us, in a bid to take over control of the family will be resisted vehemently”.

Meanwhile, the monarch, while reacting to the allegation said he was not aware of the existence of a new head of Adegunodo ruling house, after the passing of the former.

“I am not aware of the existence of a head in Adegunodo ruling house since the demise of the last one. No one has been introduced to me by the ruling house. The decision to elect a head is a collective one among the people concerned. My role is just to approve their choice except where they disagree,” Oluwo said.