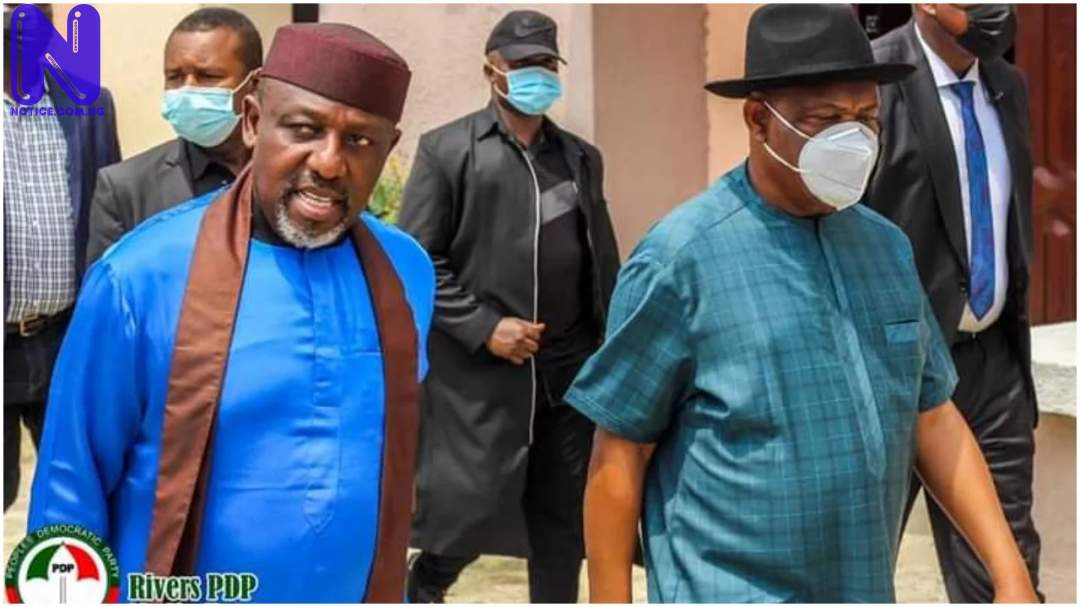 Ex-Imo State Governor, Rochas Okorocha, may be planning a fresh move as he has visited Rivers State two times in one month.
In the first visit, the Ex-governor who is now a Senator was in Rivers State to commission a project.
But this time, his visit to the South-South State is to commiserate with Governor Wike over the demise of his uncle.
Rivers State Governor, Nyesom Wike, was joined by several political leaders over the weekend for the funeral of his late uncle, Chief Charles Aleruchi Ihunwo Wike.
The late Chief Ihunwo Wike who passed on at the age of 87, was until his demise, the Eze Epara Kwurume Chukwuokahia Obasinwo IV of Rumuepirikom Clan in Apara kingdom of Obio-Akpor Local Government Area of Rivers State.
Present at the funeral ceremony were Ex-Governors of Rivers State, Dr Peter Odili and Sir Celestine Omehia; Ex-Imo State Governor, Senator Rochas Okorocha; National Chairman of the Peoples Democratic Party (PDP), Prince Uche Secondus.
Other dignitaries in attendance included Ex-Deputy Speaker of the House of Representatives, Sir Austin Opara; Senator Sam Anyanwu; South-South zonal chairman of the PDP, Chief Dan Orbih; Chairman of the PDP in Rivers State, Ambassador Desmond Akawor; Chairman of Rivers Elders Council, High Chief Ferdinand Alabraba; Senator Barry Mpigi and several others.
But a source told Press that Okorocha’s latest closeness to Wike and other PDP chieftains was an attempt to secure his political future as his place in the APC cannot be guaranteed.
The source said, “Okorocha is trying to take Imo back and he is using all arsenals within his reach to activate that,” he said.

READ ALSO >>> No reasonable government will have Isa Pantami as Minister