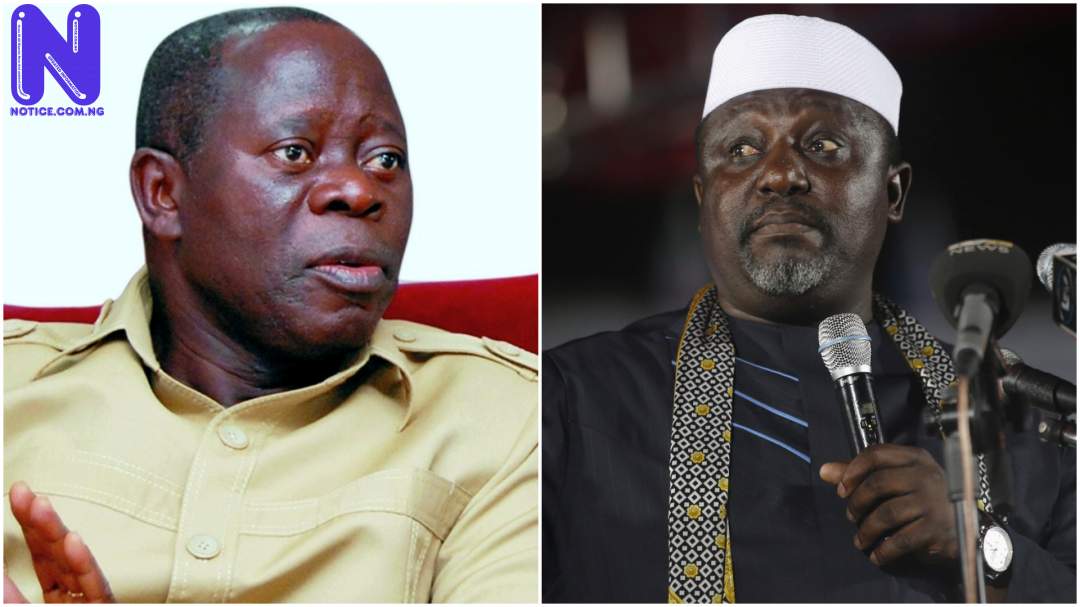 The immediate past governor of Imo State, Senator Rochas Okorocha, has lamented the humiliating treatment meted out to him by his party, the All Progressives Congress, APC, in spite of his sacrifices and financial contributions to the party.

Okorocha, the senator representing Imo West Senatorial District, told newsmen in Abuja on Tuesday that he got evil reward from APC for his commitment to the course of the party, especially in the South East.

He noted that he had to go contrary to his kinsmen and political associates just to ensure that the party was placed on a sound footing in Imo and in the South East, but was surprised that he rewarded with suspension.

“If you recall, I was called all sorts of names like ‘Okoro Hausa’ and that I was building mosques and all that were associated with it.

“But I kept deaf ears because I felt that I was on the right course with my people.

“I was instrumental to bringing Adams Oshiomhole as national chairman of the APC and he cannot deny that fact.

“I took the troubles of APC in the South East and the APC I see now can easily tell Gov. Emeka Ihedioha to come to its fold if only he can fight Rochas.

“That is really an unfortunate situation and it has weakened my spirit and my faith to the party because I thought we are family working to advance the course of this nation.

“But the way it is going, it does not look like there will be a solution. And there seems to be silence everywhere.

”I don’t even know my stand about my suspension because for some time, I don’t know what is happening in APC.

“But for the silence all over, it just looks as if it is normal.

“So, I am just waiting and thinking of what next to do but I am still a member of APC and I love the party and will support it,” Okorocha said.