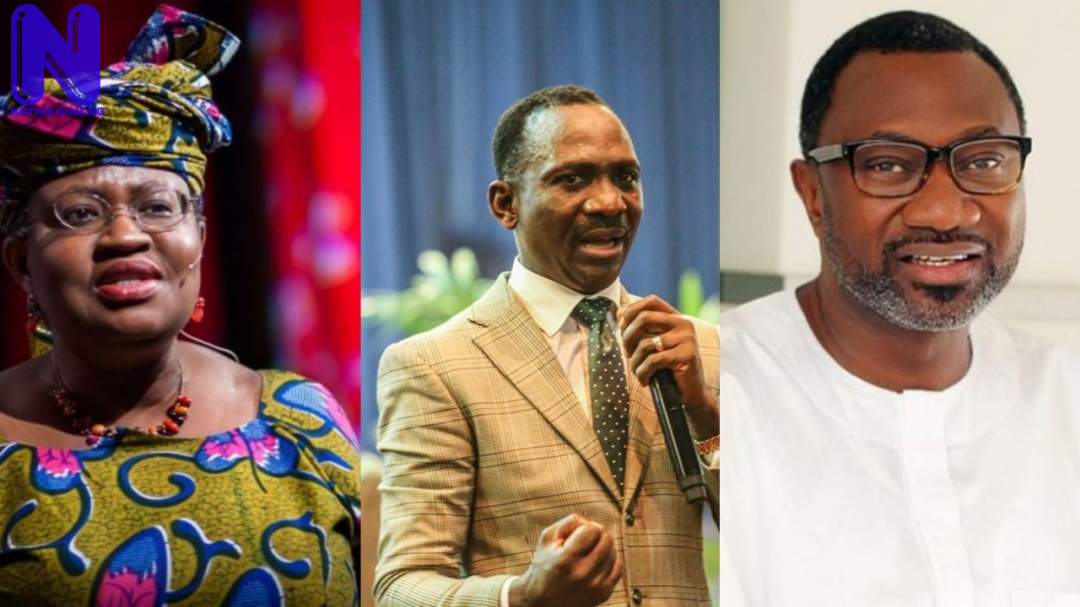 Dr Ngozi Okonjo-Iweala, a Ex-Minister of Finance, Justice Ishaq Bello, Chief Judge of the Federal Capital Territory (FCT), and six other Nigerian People, have been named among the 100 Most Reputable Africans.
The News Agency of Nigeria (NAN) reports that eight Nigerian People made the 2020 ‘roll of honour’ released on Tuesday by Reputation Poll International, organisers of the annual event, on its website.
The ranking, released in alphabetical order, features 47 women and 53 men from diverse sectors including; Leadership, Entertainment, Advocacy, Education and Business.
Other Nigerian People who made the list include Folorunso Alakija, businesswoman and philanthropist; President of the African Development Bank (AFDB), Akinwumi Adesina; Femi Otedola, Chairman Forte Oil PLC and Tony Ojobo, a Public policy expert.
Cardinal Francis Arinze of the Roman Catholic Church and Enenche Paul, Senior Pastor, Dunamis Int’l Gospel Centre, are two clerics who made the list.
According to the organisers, the selection criteria are Integrity, Visibility and Impact.
“The above luminaries are joined by other great Africans who are celebrated for their Social Impact, and Social Entrepreneurship, that are transforming businesses in Africa and affecting lives positively without controversy.
“Very prominent personalities featured in the list include: Ethiopia’s Prime Minister Abiy Ahmed; South Africa’s Professor Wiseman L. Nkuhlu, Chancellor of the University of Pretoria and Chairman of Rothschild (SA)
“On Governance: the list features two African Presidents, one Vice President and policy makers.
“On Business: South Africa’s Dr Precious Moloi-Motsepe, Ethiopia’s Bethlehem Tilahun Alemu and Nigeria’s Folorunso Alakija are featured for their works across the globe.
“On Leadership: Ethiopia’s Prime Minister Abiy Ahmed, Sierra Leone’s Yvonne Aki-Sawyerr OBE, Nigeria’s Ngozi Okonjo- Iweala and Ghana’s Ex-Vice Chancellor of University of Cape Coast, Jane Naana Opoku-Agyemang,” The organiser said.
Recall that Reputation Poll is acclaimed globally for its annual ranking of the 100 Most Reputable People on Earth and Most Reputable CEOs in various countries.