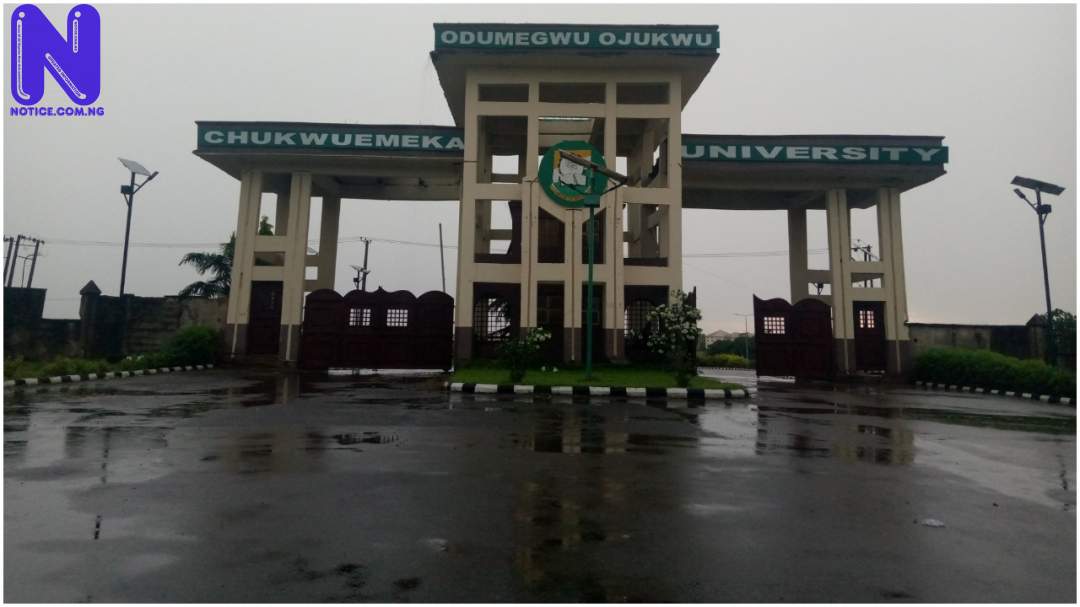 Lecturers of the Chukwuemeka Odumegwu Ojukwu University, COOU, Igbariam, Anambra State on Tuesday said they have resumed academic duties in the university, and would not join the leadership of the Academic Staff Union of Universities (ASUU) in the institution on its recently announced strike.
ASUU, led by Prof Okey Aniebo had two weeks ago stated that lecturers in the university would not resume for duty as the institution reopens.
Aniebo said institutions lacked basic facilities for learning, while staff were also paid abysmally.
But lecturers in the university after a meeting on Tuesday denied Aniebo and members of executives, stating that they were being selfish with the struggle.
Prof Osita Chiaghanam, a lecturer in the university who presided over the meeting of the academic staff of the institution, led members to pass a vote of confidence on the management of the university, Prof Greg Nwakoby, insisting that he has fulfilled all the expectations of the staff and also worthy of commendation.
“The management of the university under the leadership of Prof Greg Nwakoby has prioritized staff welfare to a scale that is unprecedented in the annals of the university history.
“Nwakoby upon the inception of his administration dismantled all known impediments to genuine union demands and conducive university-wide elections to fill up internal seats in the governing council of the university.
“ASUU has also benefited from the rapid infrastructural development in the university by having its secretariat roofed by the university management. COOU perhaps is the only university where this has happened.”
The lecturers stated clearly that they have been participating in the academic activities of the university since resumption while adding that some students had also commenced examination.
They lashed out at the Prof Aniebo-led ASUU, calling on him and his executives to quickly resign from office to give way for genuine union struggles.

DO YOU KNOW >>> FEC approves N2.9 billion for printing of examination papers