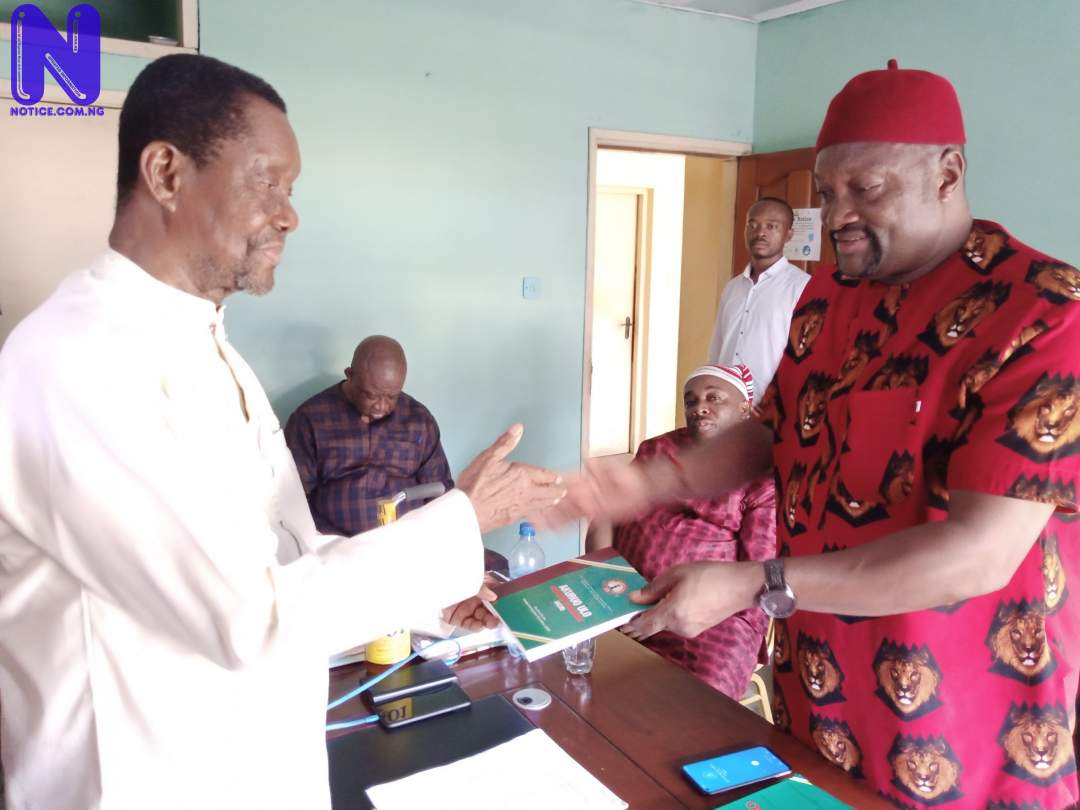 Press reports that both groups made the commitment when the Chief Chidi Ibeh-led Ohanaeze Ndigbo Executive Committee members paid a courtesy call on the ADF President, Professor Uzodinma Nwala in Enugu.

Ibeh told their host that the essence of the visit was to seek collaboration towards finding a lasting solution to the problems confronting Ndigbo.

He described Nwala as one of the elders, who were making enormous sacrifice for Ndigbo, stressing “that is why we need you in this mission to salvage Igboland.

“What is happening in Igboland today, if we don’t start to correct them, the entire place will not be comfortable for us and our unborn generation.

“Presently, we lack cooperation in Igboland, there is no unity of purpose, there is enmity, pull him down syndrome. So, we are here on a rescue mission, not for any personal gain, we are here to fight and speak for Ndigbo.”

“We can’t accept a situation where someone sits in Aso Rock and compiles names of those to be elected into Ohanaeze leadership and that is why we will keep to our mandate in the interest of Ndigbo.

“We are here to tap from your experience and seek mutual cooperation with ADF to move Igboland forward,” Ibeh said.

In a remark, the Secretary-General of Ohanaeze, Mazi Okechukwu Isiguzoro lamented that “some so-called Igbo leaders are busy trading off the destiny of our people.”

He added that “because of the selfish role of the said Igbo leaders, so many youths have been killed and others indiscriminately arrested by security agencies under the guise of Biafra.

“It is so sad that the so-called elders are condemning our youths and giving the security agencies the impetus to be killing them.”

He regretted that “as it stands now, there is no rallying point for Ndigbo, that’s why we are begging you to step in, you are able and qualified.”

The delegation further informed the ADF leadership that they were planning to have a security conclave where all the stakeholders would meet and proffer a working solution to the problems facing the zone.

Responding, Nwala said he was elated by the visit, assuring that the ADF would partner with the Ohanaeze to resolve the issues affecting Ndigbo.