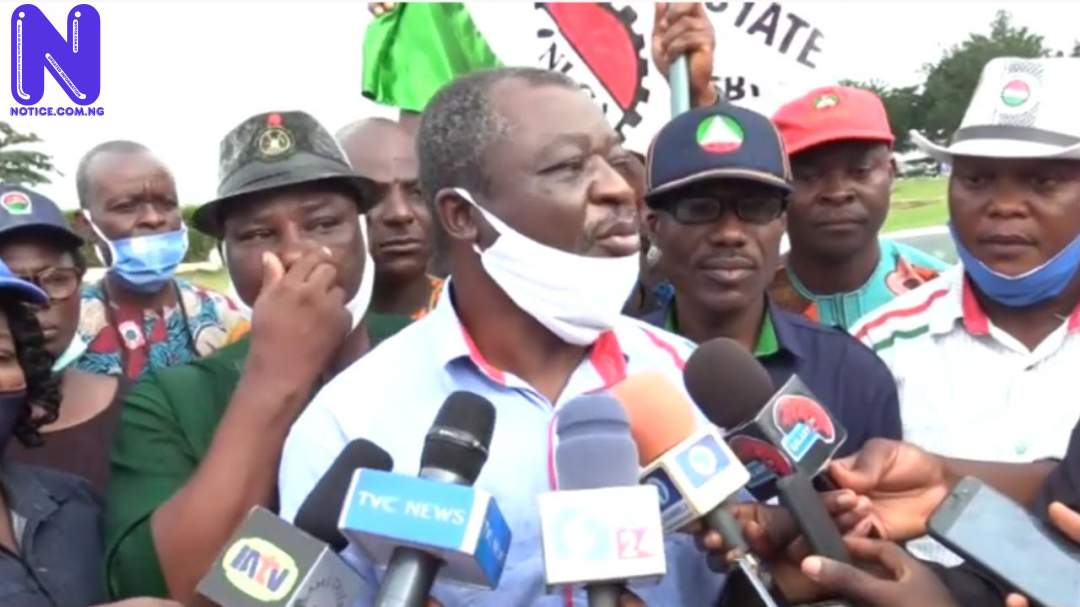 Workers in Ogun State have embarked on a one-week warning strike, Press reports.
The workers are demanding the payment of the N30,000 minimum wage as promised by Governor Dapo Abiodun.
Aside that, they are also asking for the remittance of their cooperative deductions, payment of leave bonuses among others.
Earlier today, the aggrieved workers protested inside the rain to remind the state government that the 14-day ultimatum given has elapsed.
It was gathered that a meeting between the labour leaders and the representatives of the state government was deadlocked.
While addressing the workers on Tuesday evening, after the meeting, the labour leaders ordered workers in the state to down tools from 12 midnight on Wednesday.
It was said that the warning strike, which is to last for an initial period of one week, might become indefinite if government refuses to yield to their demands.
According to the State Chairman, Academic Staff Union of Secondary Schools (ASUSS), Akeem Lasisi, all offices, schools, hospitals, local government secretariats are to remain closed during the period of the strike.
Reacting, the Special Adviser to Gov Abiodun on Public Communication, Remmy Hazzan, said the workers had left the meeting they had with government, promising to revert.
He expressed surprise that the feedback the workers sent back to government was to embark on strike, saying that was not a reflection of what transpired at the meeting.
Hazzan, in spite of that, said reasons would prevail for the workers to return to the negotiation table.
Video: